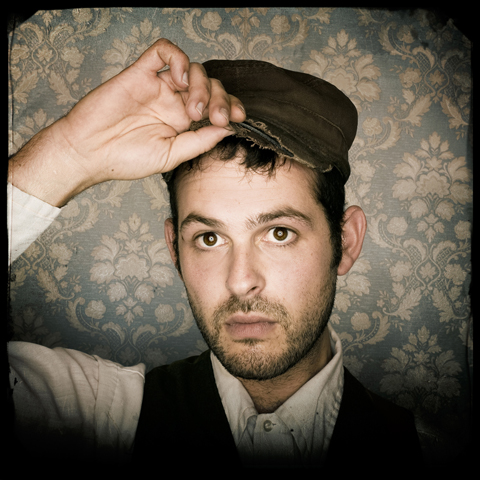 I [BFJ] felt really bad that I had to schedule an interview with Gregory Alan Isakov at midnight (his time) on a Saturday, while he was in Holland. Saturday nights in Holland are notoriously debaucherous and I figured I had to be pulling him away from some sort of fun.
But as soon as I mentioned that, in his humble, almost shy way, Isakov chuckled and explained that he was in North Holland “out here in nature” and that a big party was the last thing that was happening.

Isakov and his band had just wrapped up a house concert in an old teahouse-style mansion — a concert that unofficially announced a sort of full-circle career move for the artist.
Isakov grew up, as many of us do, with his musical heroes providing a soundtrack to his life, and in his bio, he explained that one day while listening closely to his favorite artists that he “had the realization that these people had no idea what a big part of my life they were and how they’d created the soundtrack to it.” And now, with this show in Holland in particular, it was clear that Isakov is now providing the soundtrack to other people’s lives.

“We just played this show here, and the whole reason we got out here was a man who had heard my record and passed it around to radio stations in the Netherlands,” Isakov explained. “So we started to get a lot of airplay and sales over here. But this man was sick and he told his close friends before he passed away that it was very important that I get over here to play. At his funeral they played a song of mine. That’s ineffable.”

That level of sincerity is a constant theme with Isakov, now 29, who was born in South Africa and raised in Philadelphia after his parents moved the family in opposition to apartheid. Isakov moved around a lot and he said that he’s lived in so many places that he doesn’t feel indigenous to anywhere. But almost 10 years ago, Isakov moved to Boulder and he said that the Boulder and Lyons community have been so welcoming that it’s helped to ground him. “This is the closest thing to a home I’ve had in a long time. I’ve lived here longer than I’ve lived anywhere else,” he said.

Isakov originally came to the area to study horticulture, but he simultaneously embarked on a career as an acoustic singer/songwriter. He debuted with the gentle Rust Colored Stones in 2003 and followed with the haunting Songs for October in 2005. In 2007 he released the Celtic-themed That Sea, The Gambler, and his latest album This Empty Northern Hemisphere will be released this month.

It’s an album of words, poetry and stories that takes listeners from the quiet of the open road to the disjointed loneliness among a sea of people in the middle of the city.

The album, which Isakov co-produced with Jamie Medford and features bandmates Jeb Bows on fiddle, Jen Gilleran on drums and Philip Parker on cello, is as much a result of transition as it is a longing for stability. Opening with a quiet waltz feel on “Dandelion Wine,” the album takes listeners through the stories and observations of a simple life, spiced occasionally by hope but markedly defined by perseverance. Isakov uses a quiet imagery in his words reminiscent of Leonard Cohen, whom he pays tribute to in his cover of the Cohen classic “One of Us Cannot Be Wrong” alongside Brandi Carlile. Isakov will be touring with Carlisle following the release of the album on May 19th.

Isakov met Carlile while he was on tour and the two became friends. And Carlile liked Isakov’s music enough to pass it on to her friend Amy Ray of Indigo Girl fame. But, while it’s cool to have famous friends, Isakov said that, to him, their fame sometimes makes him uncomfortable. “I was having lunch with Brandi and she was telling me about selling out this 100,000 seat stadium overseas. That’s kind of mind blowing to me. For me it just comes down to playing with your friends and being connected to their music, and being among them I feel so humbled,” he said.

Following the CD release party, Isakov will head out on the road again as the opening act on Carlile’s tour (they’ve already done a month full of dates with her). Isakov said that their role as a support act has inspired them to write a movie which they’re calling The Opener. He said that a recent gig in Minnesota inspired a scene that he hopes will make the film, if it’s ever made. “This is a small theater tour and so the whole tour sold out really fast. But in Minnesota we were in this hockey arena because they didn’t have a theater in that town. While we were playing there was this woman screaming the whole time, ‘Where’s Brandi?’ and we’re like, ‘This is going in the movie,’” he laughed.