Trending Stories from The Marquee
You are at:Home»Features»B Real and Bizzy Bone Team up for Unite the mic tour supporting solo projects
By Marquee Magazine on June 1, 2009 Features, Interviews 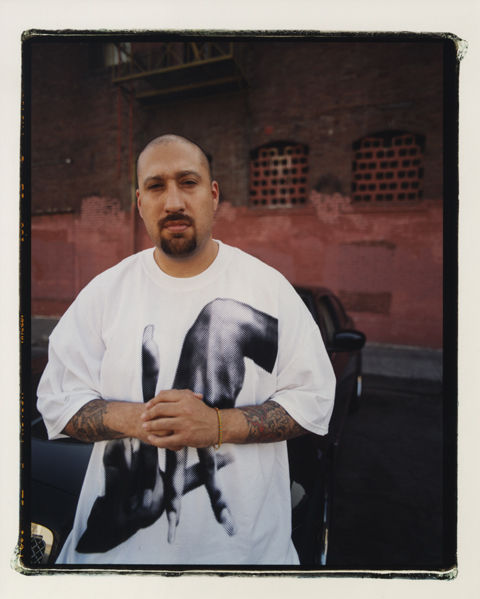 Between the two, B Real and Bizzy Bone have sold over 40 million records worldwide — a level of status that few artists are lucky enough to reach these days. But neither Bizzy nor B Real are content to kick back and chill just yet. In fact, the Unite the Mic Tour, which kicks off this month, will feature the two emcees making the leap from top-selling groups to solo careers.

When B Real, who originally rose to fame as a founder of Cypress Hill, recently sat down for an interview with The Marquee, it became apparent early on that this man takes nothing for granted, and despite a two-decade long run in the biz, he’s not content unless he’s pushing himself and his career. “You know Bizzy, who is from Bone a legendary hip hop group [Bone Thugs-N-Harmony], me being from Cypress Hill, we’re stepping out of our comfort zones, out of our groups and trying to do this, rep these shows together because he has a solo album coming out as well. You know, we’re stepping out together and knocking it down,” B Real said.

B Real’s solo album, Smoke and Mirrors, which dropped in February, is filled with social commentary and eludes to the deception within the music industry. Today, it seems to be the natural progression for an accomplished emcee to mature into a full blown solo attraction. Many artists who have tried this have not only failed miserably, but burned some bridges along the way, however, B Real made it very clear from the start that while he has a solo record out, he is not leaving his generation’s defining group. “My main focus is pushing this solo album until October, when the new Cypress Hill album hits,” he said. That as-of-yet still untitled album, Cypress Hill’s first in five years, is set to be released on Suburban Noize Records.

B Real has an honesty about him that is both refreshing and intriguing. In the modern era of hip hop, many emcees have successfully made the leap from chart topping group to icon status by going the Hollywood route. Even though B’s neighborhood isn’t far from the glitz and the glamour, he is most certainly not blinded by the lights. B Real is not conforming to the role of a “modern rapper;” he is unafraid to admit he is human like the rest of us. Ask him and he will tell you that he got where he is through hard work and determination to formulate a sound of his own.

“With us, we were always hard critics on ourselves,” Real said. “We would always be brutally honest with each other, whether it sounded good or like crap. Fortunately, it worked out for us we were able to put our egos aside and be honest with each other.”
In the beginning, Cypress Hill avoided collaborating with other artists, while they were still busy trying to create a sound of their own. “You know, when we were first coming out we tried to formulate a certain sound because all the great groups and solo artists had a particular sound to ’em and when their records came on you knew it was them,” said the Mexican/Cuban Real, who was born Louis Freese.

And formulate a sound they did. With DJ Muggs’ dark grimy beats, B Real’s nasal vocals perfectly accompanied by the deep baritone voice of Sen Dog, the kids on the Hill became an instant sensation.

When setting the ground work for his solo record, B Real shopped around and surprised many before choosing an indie label for his release. “I decided an independent was the best way to go because they let me have the freedom to do what I felt I wanted to do on my record,” said Real, who is also a recognized priest in the Caribbean-based Santeria religion.

Getting to hear B Real rock a variety of beats on Smoke and Mirrors is a real treat for any longtime fan. B Real said he’s been working on Smoke and Mirrors for the better part of three years, coming up with 40 songs — 15 of which are on the album, the rest used for three The Gunslinger mixtapes he released between 2005 and 2007.

The results are amazing, especially on the track “Fire” featuring Damian Marley. “I lucked out with that, you know, because originally I had went to a Snoop Dogg show to talk to Snoop about being on my record and Damian was there. I had made that track “Fire” a while back. When I saw him I thought he would be perfect. It turned out to be incredible, I got lucky it sort of fell into place.”

“Keeping it real” has become such a tired cliché in the hip-hop world. It has gotten to the point in the superficial marketplace we call the music industry that when someone says, “keep it real,” they immediately have done the opposite. When B Real chose that moniker for himself hip hop was a different beast — a place where honesty and integrity went hand in hand and it’s a place where B Real still resides, solo or with his group.

Recommended if you Like:
• Cypress Hill
• Snoop Dogg
• Bone Thugs-N-Harmony