Trending Stories from The Marquee
You are at:Home»Features»Soul of John Black poured out by former Davis, fishbone guitarist
By Marquee Magazine on June 1, 2009 Features, Interviews, Timothy Dwenger 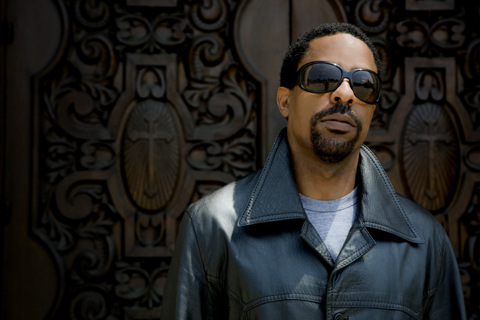 With the din of the indie rock scene perpetually hounding music fans these days, it is refreshing when an artist steps out of the shadows with an album that recalls the days when music was about getting people moving with rhythms, melodies and hooks that were sure to fill dance floors. L.A. musician John Bingham has done just that with his latest release as The Soul of John Black, Black John. A classic stew of R&B, soul and funk, the album sounds as if it could have been released 35 years ago.

The record is full of life, with funky beats, chunky riffs and smart lyrics that pour out of Bingham in a manner that is reminiscent of everyone from Al Green to Keb Mo. The Marquee caught up with Bingham as he got ready to head out on the road in support of the new release. “The record is built around playing in blues clubs,” he said. “People really like to dance in blues clubs so this record is made for dancing. It is dance music in the blues tradition, the live band club tradition.”

While Bingham is The Soul of John Black, he augments himself with a wide variety of talented musicians from the L.A. scene on his recordings and in concert. This spring and summer he will be on the road with “a bunch of local guys.” Bingham will handle guitar and vocal duties, with Jacob Lutrell on keyboards, Andre Holmes on bass, and Kerim Imes behind the kit. “We are just looking to have fun out there. We’ll play the songs and have a good time,” he said enthusiastically.

Bingham seems to carry that same enthusiasm with him through much of his life. He is a firm believer that your first lyric or musical idea for a song may very well be your best one. “The actual moment that you conceive the song is such an exciting time that you want try to take advantage of that energy and capture the moment. Some of that stuff is always good,” Bingham said.  “Usually my ideas are the beginnings of the songs. It’s not like it’s a demo and then I redo it. I usually use the first part I lay down. My rule is to ‘always be in tune’ because you never know. On the song ‘Push Into The Night’ [from Black John]the guitar solo is the solo I did with a little Fender amp – one of those little tiny amps that sit on the counter at the guitar store – when I first wrote that song. I played that solo right there with that amp and it’s the same solo that is on the record.”

Though he has only released three albums on his own, Bingham is no newcomer to the music world. He cut his teeth in the L.A. scene with soul singer El DeBarge before he got the break that musicians around the world dream about when Miles Davis heard his demo and asked for a meeting. “If you are a musician, come to Los Angeles, and you get in with the right crowd you can meet anybody,” he said. “Opportunities present themselves when you are ready for it and I was ready for it. A friend of mine played a demo of mine for Miles and he liked it, so there it is.”

For the next two years Bingham was touring the world in Davis’s band. “It was one of those giant tours where you don’t even touch your gear. You hit the stage and when you finish you leave and go to the hotel where you leave your bags outside the door and somebody grabs them. Somebody grabs everything, and all you do is show up.”

In 1989, Bingham parted ways with Davis and made the leap from high-end jazz clubs, huge concert halls and upscale audiences, to sweaty mobs of teenagers, tattoos and dreadlocks when he joined the seminal ska-punk band, Fishbone. On guitar and keyboards, Bingham was a critical element to Fishbone’s rise to fame and commercial success. After joining the band during the tour for their 1988 album Truth and Soul, Bingham was involved in Fishbone’s next three albums, including their 1991 classic The Reality of My Surroundings.

After nearly ten years on the road, touring and recording with Davis and Fishbone, Bingham was ready to go out and make a name for himself as a solo artist. “Playing with Miles gave me the confidence to just be myself,” he said. “If I fit, I fit. If I don’t, I don’t, but that doesn’t mean I’m a bad player or I can’t do something else. It gave me a strong foundation to go my own way.”

It has been a long road for Bingham, who isn’t hesitant to admit that his solo project didn’t take off immediately but rather took several years to develop into a viable entity. In 2000 he entered the studio to begin work on his debut album as The Soul of John Black and since those first sessions he has released three records of his own. As he has through his entire career, he continues to work with other artists, including Nikka Costa, but his true passion lies in his own project.

Bingham’s story has its ups and downs but it is the story of a true working musician. His hard work and perseverance has led to some commercial success, but more importantly, it has led to some beautifully soulful music that deserves much more attention than it is getting.

Recommended if you Like:
• Curtis Mayfield
• Keb Mo
• Raphael Saadiq