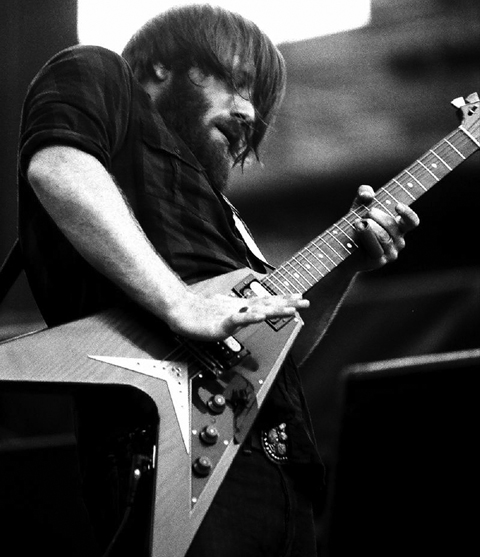 With every thump, the duo works into a frenzy of tangled rock and tinny blues that sets hearts pounding and stops them again without warning.

Through collaboration with producer Danger Mouse, the frantic rebellion and fierce independence of the early Keys gives way to well-crafted spurts of melodic genius in their fifth studio album Attack & Release. Drummer Patrick Carney said of their change on the newest album, “I think Dan and I were intrigued to work with somebody as a producer because we both realized we couldn’t teach ourselves anything more, and it was best to start learning from other people. When we were, like, 22, we didn’t have the money to do this; by the time we were 24, maybe we thought we knew more than we actually did. Now, at 27, we maybe just realized we had stopped being broke, and stopped being dip-shits, and we could learn from other people who make records.” 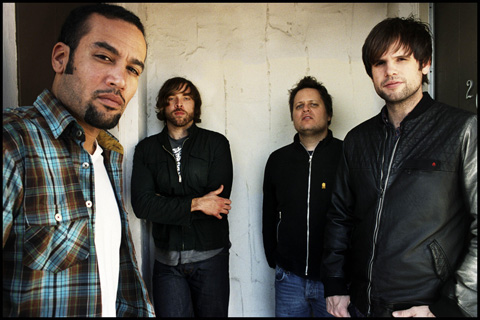 At last, Ben Harper is born-again — revived by a wave of gritty American rock from Austin-based Relentless7.

On his latest disc, White Lies for Dark Times, released this May, his first with Relentless7, Harper’s familiar vocals fuse with the trio’s whiskey-soaked rock to create eleven tracks that boast a refreshing balance of beauty and twang — savoring only the best of Harper’s past and soaring forward with inspired vigor. It’s a timeless rock record, with a cohesive collection of music that is as raw, unrelenting and thunderous, as it is arrestingly haunting and emotional.

“Ben Harper is that rare talent able to not only vacation in the worlds of gospel, soul, folk and even reggae,” wrote Billboard, “but sometimes you just want him to rock…And at long last, he’s assembled a new band that seems dedicated to just that.”

“The blues died when they took the ‘fuck’ out of it,” wrote a seemingly shy and unassuming Rocco DeLuca in his bio. “The music I was raised on had heat. Energy. That feeling of aggression. The music of today seems so washed out and generic. To get ‘em back we need to stick the real soul, that punk element back into it. It’s the only way I know how to play it.” It’s with that ferocity and determination that DeLuca’s debut album, I Trust You To Kill Me, challenges the listener to dive head first into the heart and soul of a musical revolution.

As with many artists, the road from the past to the reality of today is rarely an even journey. DeLuca’s was no exception. With a traveling musician for a father and having not met his mother until just three years ago, he’ll be the first to tell you that he’s spent a few cold nights on park benches. It was through those years that DeLuca found the strength to keep his creative drive unyielding. “You’ve gotta die a few times and be fierce enough to fall. I’ve fallen on my face many times. Whether it was on stage or with my family, but it’s those times and battle scars that make my music what it is today,” DeLuca said.

Dead Confederate’s music is intense – a lumbering, Southern, psychedelic grizzly that reveals itself like fireworks in slow motion. Their songs build before they burst into either giant melodic overtures or a shimmering cascade of saturated squalor — or both. They’re rock songs with a drawl. But when a charge is needed, Dead Confederate cuts through the fog in favor of razor sharp punkers that pay tribute to Nineties rock heroes. Jambase called them, “Arguably the most sonically powerful act in the burgeoning psychedelia-dosed scene in Atlanta, Ga. … a harbinger of a new rise of psychedelic rock.”

But despite their heritage, the band is set to shift the paradigm of the perception of Southern rock. “They did a review of us in Creative Loafing where the guy said that ‘Southern music does not begin and end with Duane Allman,’ and he’s right. And that’s what we’re out to prove.” said lead singer and guitarist Hardy Morris.

The day before his senior year as a playwright student at the University of North Carolina, Joe Pug sat down for a cup of coffee and had the clearest thought of his life: “I am profoundly unhappy here.” Then came the second clearest. Pug packed up his belongings and drove the longest route possible to Chicago. Working as a carpenter by day, the 23-year-old Pug spent nights playing the guitar he hadn’t picked up since his teenage years.

Using ideas originally slated for a play he was writing called Austin Fish, Pug began creating the sublime lyrical masterpiece that would become the Nation of Heat EP. The songs were recorded fast and fervently at a Chicago studio where a friend snuck him in to late night slots other musicians had canceled.

In May of 2008 Pug played the first headlining slot of his young career to a sold out crowd at Chicago’s storied Schubas Tavern. Two weeks later, he released the Nation of Heat EP, which has garnered near-universal critical acclaim and established him as a respected new songwriter. He plans to release his debut full length record in 2009.