Trending Stories from The Marquee
You are at:Home»Album Reviews»Wilco
By Marquee Magazine on July 1, 2009 Album Reviews, Jonathan Keller 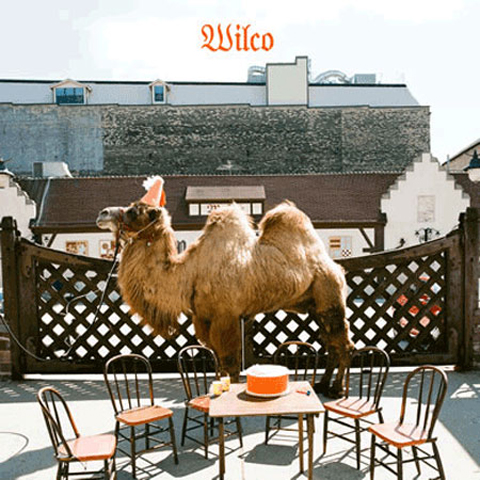 Wilco is an absolute anomaly.  Their reputation as “the cool band” has greatly overshadowed their actual album sales.  Wilco has somehow become that band that everyone says they love even though most don’t buy their albums.  Need proof?

Wilco’s bestselling album, Yankee Hotel Foxtrot, has sold just over 590,000 copies.  Basically they are hundreds of thousands of albums away from going platinum and are still able to pack some very large venues across the country, including their summer tour stop at Red Rocks on July 3.  This tour will hopefully feature selections from their upcoming, seventh studio effort, Wilco (The Album)—their best studio album in the post-Jay Bennett era.

After the commercial flop that was 2007’s Sky Blue Sky, Wilco took a different approach with Wilco (The Album).  They returned to the roots which bolstered the band’s reputation to begin with:  Good songwriting.  With vocalist and chief songwriter Jeff Tweedy harking back to the verse-chorus-verse-chorus formula that made Wilco a notable addition to the Alt Country genre in the late 1990s, Wilco (The Album) is a simply the best thing the band has done since the dismissal of Bennett in 2001.

My favorite Wilco albums were the string of three with multi-instrumentalist Jay Bennett, including:  Being There, Summerteeth and Yankee Hotel Foxtrot.  Bennett, who died in his sleep recently on May 24, 2009 from unknown causes (autopsy results are pending), was a creative juggernaut of an instrumentalist and arranger.  He influenced much of Wilco’s sonic experimentation and production quality.  When he was dismissed from the band in 2001 after the completion of Yankee Hotel Foxtrot due to ongoing rifts with Tweedy, I must admit I was saddened.

Following Bennett’s firing, Wilco released two lack-luster studio albums, 2004’s A Ghost Is Born and 2007’s Sky Blue Sky and also had some major lineup changes, as Tweedy and bassist John Stirratt are currently the only remaining original members.  The lineup changes did provide the band with a stronger, more precise live show which eventually led to Wilco’s fantastic double-disc live album Kicking Television: Live In Chicago, which could be considered a live greatest hits package.
Wilco (The Album) is an album that will grow on you.  Recorded in Neil Finn’s recording studio in Auckland, New Zealand the album has a very homogenous feel and the songs are to the point and direct—only one song is over 5-minutes in length.

Thankfully it lacks the sparseness and lack of vocal melody that was Sky Blue Sky.  Tweedy’s writing has finally returned to the pop sensibilities found on Summerteeth and the instrumental arrangements remind me of the experimentation found on Yankee Hotel Foxtrot.

The album opens with “Wilco (The Song)” and I must admit it was weird hearing “Wilco” sung in a song lyric.  The distorted churning of electric guitars however, only alludes to how great his song will be live.  “Deeper Down” with its start and go timing features a gorgeous pedal steel solo and fantastically intricate instrument arrangement.  Tweedy’s voice has never sounded better.  Recent live show staple “One Wing” is recorded beautifully and is one of my favorite tracks on the album.

The play between the Tweedy’s vocals and the drums in the long intro literally make the song.  Other album highlights include the duet between indie folk singer Feist and Tweedy on “You and I,” the 70s rocker “You Never Know” and the acoustic beauty of “Solitaire.”

Perhaps Wilco (The Album) will be the rebirth of a band vying to make great studio albums again.  I only hope they can make it out of their teenage years.