Trending Stories from The Marquee
You are at:Home»Album Reviews»The Jayhawks
By Marquee Magazine on August 1, 2009 Album Reviews, Jonathan Keller 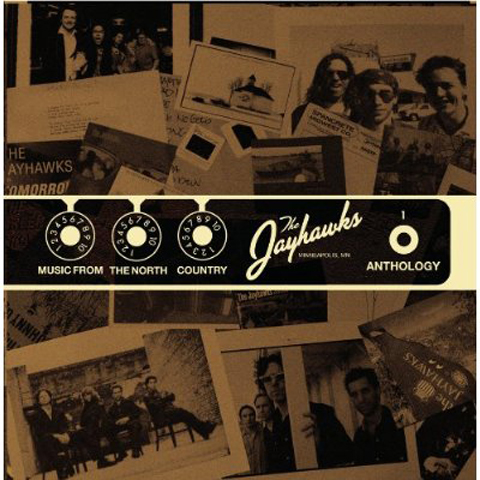 One of the most overlooked bands from the late 1980s and 1990s, The Jayhawks have flirted with mainstream success ever since the release of their major label debut, Hollywood Town Hall, in 1992. However, in terms of artistic influence, they have always been on the forefront.

Last month while watching Bon Iver perform their soldout show at the Ogden Theatre in Denver, I couldn’t help but smile when they encored the Jayhawks track, “Tampa To Tulsa,” from Rainy Day Music. Good music continues to inspire.

American/Sony Legacy did a fantastic job with the first-ever Jayhawks compilation. For a band that has had 12 former and current members spanning the past 24 years, this 2-disc/1-DVD set will please die-hard fans and also be an excellent starting place for those who are new to the Jayhawks.

Adding provenance to the collection is an insightful liner notes essay by P.D. Larson, a Minneapolis-based writer who’s been a fan since witnessing the first-ever Jayhawks concert in 1985. His accompanying 14-page booklet gives much insight into the history of the band as well as the tracks that are featured.

The first disc features a 20-song career overview, picked under the guidance of founding member, vocalist and songwriter Gary Louris. The selections range from their 1989 release Blue Earth to 2003’s Rainy Day Music.

The picks are solid, focusing on their signature singles and album tracks. Obviously, there are some songs that I thought should have been included, such as the aforementioned “Tampa To Tulsa,” but overall the selections are note-worthy and well-picked for a retrospective.

The second disc is a rarities collection and 14 of the 20 tracks are previously unreleased — including live radio tapings, album outtakes, alternative versions, demos and B-sides. All are extensively annotated by Larson, whose knowledge of the Jayhawks sheds light throughout. Highlights of this second disc are the eight songs tracked at the Jayhawks’ rehearsal space from 1998-2001. These are wonderfully mixed and almost sound studio-tracked.

The third disc in the package is a DVD highlighted by six music video clips produced for the Jayhawks, including “Blue,” “Waiting For The Sun,” and “Save It For A Rainy Day,” featuring actress Mary-Louise Parker.   Additional video content includes two electronic press kits, one of which includes 20 minutes of live footage filmed at the Metro in Chicago in 1993, and features a cover of Tim Hardin’s “Reason To Believe.”

With the Jayhawks’ recent reunion for two shows in May and July of this year, this compilation will hopefully shed some light on the Jayhawks legacy to newer fans and hold over the long-term fans that are patiently waiting for some newly recorded material.
In listening to this retrospective, I hope that day comes soon.