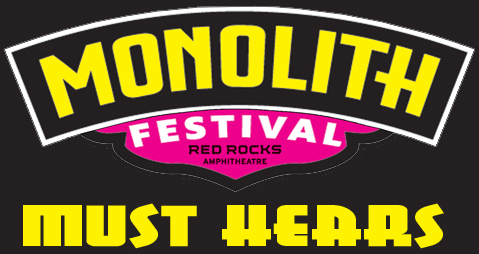 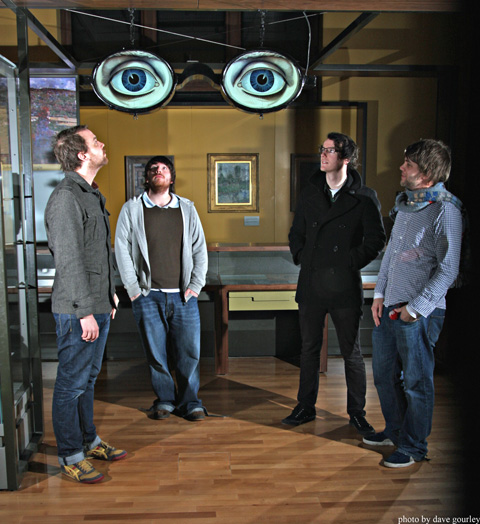 Early last year, a small, unassuming band from Scotland dropped an unconventional pop record which has sailed along under the radar of most casual observers, but caught many in-the-know upside the head like the lightening quick backhanded slap of an irate mother.

The bulk of the material on the album, Midnight Organ Fight, was largely the fruit of a break-up that Frightened Rabbit’s lead singer and founder Scott Hutchinson endured several years ago and, quite frankly, the rest of us are better off for it.

The anger and pain that fueled the twisted beauty of lines like,”Why won’t our love keel over as it chokes on a bone, and we can mourn its passing and then bury it in snow,” show us that Hutchinson possesses a true mastery of language as he expresses some of life’s most elemental sentiments.

However, as with any pop band, it’s not only the lyrics that make the songs of Frightened Rabbit snatch your attention away from the realities of everyday life. Hutchinson has managed to pair his words with beautiful barebones hooks that are reminiscent of his Scottish heritage. It is, without a doubt, a strange marriage, but unquestionably, it works.

Though Frightened Rabbit was born when Hutchinson began playing incomplete songs on his own in clubs and bars around the southern part of Scotland five years ago, he soon enlisted the help of his brother Grant to flesh out the sound he was developing. “It’s really nice to have him as that kind of sounding board for my frustrations. It’s okay to vent on him and he’s not allowed to take offense because he’s my brother. He does the same to me and in that sense it is really quite a productive working relationship,” said Hutchinson in his rich brogue when The Marquee caught up with him from his home in Scotland. “He’s not afraid to be outspoken with me and he can say anything. As a result, grievances are aired quickly because we have known each other for quite a while. We don’t argue that much and we communicate quite well, actually. I see him as more of a great, great friend and not my brother a lot of the time.”

It wasn’t long after the brothers teamed up before the duo expanded even further, as Scott’s longtime friend Billy Kennedy signed on in 2006. After the band recorded Midnight Organ Fight, Kennedy’s friend Andy Monaghan hitched himself to the band’s rising star in early 2008. “I’d rather make a record and then try to live up to it live, rather than make a record that is about being a live band,” Hutchinson said, explaining how he tends to expand the sound of the band in the studio and then feels the need to supplement the live line-up to resemble the sound on the album as closely as possible. “It is so important to me to build the sound of a record irrespective of how you are going to achieve it live. You can think about that later. I think that a record is the thing that lasts, and that is important.”

He has continued that trend with Frightened Rabbit’s (as yet untitled) third studio album and speculated that the band will need to grow to a quintet early next year when they begin to tour in support of the record, but even that talent search will be done in Hutchinson’s own unique way. “I don’t really go for people who are technically incredible in a musical sense. I’d rather have someone whose company I enjoy and who has a good energy about them,” he said.

When the “friends” hit the road this month for one last Sstateside tour behind Midnight Organ Fight they will also be showcasing some of the songs from the new record. Hutchinson said this album is influenced by the isolation he has felt while touring. “I went out to do a lot of the writing in a small village by the sea in Scotland and that kind of solitary nature influenced it. I didn’t set out to write about tour, but I guess what happens on tour, is that you just feel isolated and lonely even though you are with people all the time. You suffer from isolation. That is a major theme on this record. It’s sort of about the loss of your mind and then the quest to re-find it again. There’s a bit of madness and lots of sea references that definitely take you on a journey.”

Though the record is finished, it won’t see the light of day until March of 2010 and Hutchinson commented that he has been listening to it frequently and feels that it is “a more refined album. It just sits and clicks together a little bit more than Midnight Organ Fight,” Hutchinson said. “I’ve been listening to a lot of Brian Eno-produced music and Sigur Rós and stuff with that kind of sheen. I’ve definitely tried to get that kind of sheen coupled with a nice natural analog synthy kind of sound on this record. I think it is a classier beast.”