Trending Stories from The Marquee
You are at:Home»Features»Kyle Hollingsworth
By Marquee Magazine on September 1, 2009 Features, Interviews 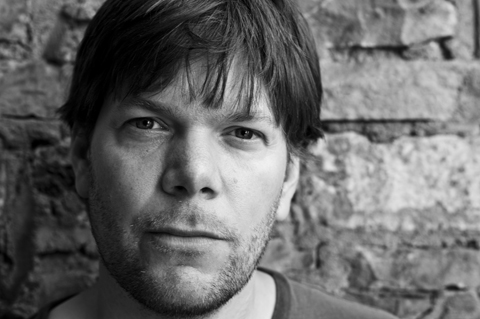 “This is where I am right now in my life: Then There’s Now. You know, post String Cheese, post being a dad for the first time, and kind of reinventing who I am a little bit,” said Kyle Hollingsworth over lunch with The Marquee, in a Boulder cafe late last month.

The man who logged thousands upon thousands of miles as the keyboardist for jammy greats String Cheese Incident is releasing a new album this month, but as we plowed through a meal, it became clear that while he is so content with his band accomplishments, he’s ecstatic to be where he is now, expressing himself in other ways.

“For me, the spiritual meaning of the album is about being in the moment; some of the lyrics are about being in the now. Then there’s now: being here. I have definitely found that to be true in my life experiences, especially since being a dad,” said Hollingsworth.

While his career in Cheese gave him a more shoot-from-the-hip approach, Hollingsworth said that for this album, he went back to some songwriting basics, but incorporated some technology to help flush out the sound.

“On the album, it is very similar to the lineup I have now (touring with me). It’s Dave Watts (on drums), and Garrett Sayers on bass with, Ryan Jalbert on guitar. For months in advance, I have done a lot of drum programming and lyric writing. So I rented out a studio and brought in the real musicians to play the parts that I had been looping. I took it all back and did a mixture of loops and Dave, and I play Moog bass on a couple tunes and sometimes it’s Garrett playing bass. Sometimes it’s both,” he said.

Additionally, Hollingsworth, who recorded part of the album in his basement studio and part at Boulder’s Immersive Studios, brought in some other friends and some of his more recent influences. “I’ve been playing a lot with DJs in the last few years; DJ Logic, Speech from Arrested Development and Dar Williams are all on the album, and a bunch of other artists,” he said.

Though rich with content, Then There’s Now is not a lengthy recording and Hollingsworth said that was quite a deliberate decision. “It’s about 45 minutes long. I remember when I used to get tapes and put them in my car and they would keep looping and if you had a really long tape you would get bored and take it out,” he explained. “I was looking for one of those moments where you put it in your disc player and it keeps rotating, since it’s only like, 45 and it just keeps going around and around versus one of those CDs that is on forever and you think, ‘This is too long and I can’t even finish it.’ My idea is to have a nice complete edible CD – take it all in one bite,” he said as he bit into his lunch.

But even with that “in the now” approach and self-imposed time constraints, the keyboardist said he was working off material that could – in words – almost sound like the basis for String Cheese tracks.

“I was working off a lot of groove-based things. I would sit down and write a bass line and program a drumbeat and make a groove around it, versus a lot of times in my past I have written complete songs from start to finish. This was a process of a few weeks. I would start out with a groove and then figure out a way to maybe add a chorus here or maybe later. This whole album is about putting things together and less about fully constructing from beginning to end,” he said.

Ever the creative thinker, Hollingsworth is taking several advances in marketing himself in a non-traditional fashion, and he said some special suds will accompany the week of the album release. “I’m a homebrewer so I decided that I wanted to connect my love of beer and music in some way. It’s called Hoppingsworth IPA. The big deal for me is that it will be at the Mountain Sun and we are going to be selling the beer at the Fox show.”

For those who find that simply too much to wait for, Hollingsworth is also granting a sneak peak at the album and the brew. “There is going to be a listening and drinking party the day before it comes out at the Southern Sun. It will be the cracking of the keg on September 14,” said Hollingsworth.

Reeling them in with a homebrew is one way, but Hollingsworth has also been making strides in online marketing, and becoming one of the artists who is truly accessible to his fans. “I’m doing a lot of blogging – talking about life in Cheese and post-Cheese, talking about the album, doing some cool videos on my own. Anyway, on there, I do a lot of cool stuff, like my experience on the stage from Rothbury. It’s called ‘A Day in the Life at Rothbury,'” he said. “I don’t want to be pushy about it like, ‘Hey come buy this new CD,’ because I feel like, that turns people off, so I am trying to find out a way to be more genuine about what I do,” he concluded.