Trending Stories from The Marquee
You are at:Home»Brian F. Johnson»Monolith :: The Thermals
By Marquee Magazine on September 1, 2009 Brian F. Johnson, Features, Festival Coverage 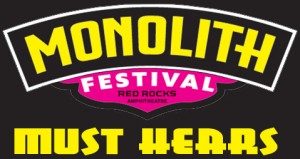 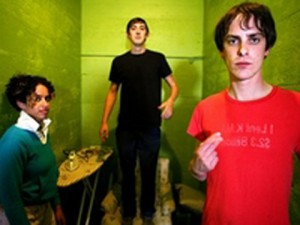 The Portland, Ore.-based post-pop-punk rock band The Thermal’s debut LP, More Parts Per Million, was conceived and recorded in the kitchenette of singer Hutch Harris’s house in southeast Portland. The album was recorded on a 4-track cassette machine, with total tracking costs around $10. A demo of the record was passed from Ben Gibbard (Death Cab For Cutie, The Postal Service) to indie giant Sub Pop Records, who signed The Thermals after they had played just a handful of shows. A blistering slice of “no-fi,” MPPM was rated everything from “un-listenable” to “very fucking listenable.”

The Thermals have recently released their fourth and possibly best album to date, Now We Can See. After an amicable split with Sub Pop, the band has signed with the iconic Northwest label Kill Rock Stars.

NWCS is full of the hi-fi power for which they are famous, and continues The Thermals’ tradition of raw punk energy combined with brilliant melodies and intelligent lyrics.

The Thermals recorded NWCS the same way they did their third album The Body, The Blood, The Machine: as a duo, with Kathy Foster acting as a one-woman rhythm section for the entire record. Westin Glass joined The Thermals soon after the recording was completed, to become the fourth drummer for The Thermals, sixth if you count Harris and Foster.

Please insert your own Spinal Tap joke here, thanks.