Trending Stories from The Marquee
You are at:Home»Album Reviews»Phish
By Marquee Magazine on October 1, 2009 Album Reviews, Jonathan Keller 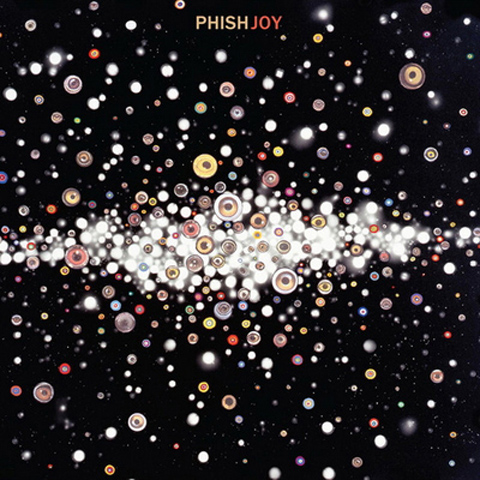 When rumor spread earlier this year that producer Steve Lilywhite was once again tackling a Phish studio effort, expectations were placed unreasonably high.  Lilywhite’s only previous collaboration with Phish spawned their most masterful studio work, Billy Breathes, which I have likened to the Grateful Dead’s American Beauty in both cohesion, acoustic subtlety and near-songwriting perfection.

However, Joy, Phish’s first studio release since 2004’s Undermined, fails to live up to those expectations and is an uneven album at its best.

Joy is perhaps Phish’s most upbeat release to date and its production quality and theme is most reminiscent of 2000’s Farmhouse.  The album was mostly live-tracked and features very few overdubs.  Aside from the stronger songs such as “Backwards Down The Number Line,” “Ocelot” and “Stealing Time From The Faulty Plan,” the 10 songs that make up the new album sound like a batch of weak outtakes from the Farmhouse sessions.

The album opens with the country-rock flavored “Backwards Down The Number Line,” which had become a welcomed staple on Phish’s 2009 summer tour, culminating with a 20-minute version at the tour’s closing show in Saratoga Springs, New York. The album version is subdued for radio, clocking in at just over five minutes, however it does feature one of guitarist Trey Anastasio’s few extended solos on the album.

“Stealing Time From the Faulty Plan” is the album’s most rockin’ number and its short jam section is perhaps the best on the set. I only wish the instrumental section had been extended before the band breaks back into the repeating refrain: “Got a blank space where my mind should be.”

“Ocelot” is another strong song and is probably the closest Phish will ever get to sounding like the Grateful Dead, as the song is eerily similar in structure and feel to “Tennessee Jed.”   Setting these three songs aside, the album’s remaining material bounces between pop-crap, uninspired ballads, failed experimentation and uncreative arrangements.

The album’s title track and “Sugar Shack,” which is sung by bassist Mike Gordon, might be two of the most uninspired songs ever recorded by the band. “Sugar Shack” definitely had potential as it has one of the most interesting drum and bass grooves on the album, but it’s quickly ruined by Gordon’s vocal melody and Anastasio’s circus-like guitar refrain. The title track is an adult contemporary ballad that never gets off the ground. The album’s only song over six minutes is the 13-minute disaster that is “Time Turns Elastic.” Rather than being based on intricate melodic instrumental composition such as “You Enjoy Myself” or “The Squirming Coil,” “Time Turns Elastic” is based more on boring rhythmic patterns, which is why the song became the de facto “piss-break” song of their summer tour.

Having played every song from Joy on their summer tour, Phish is still dusting off the cobwebs from their four year breakup. Although Joy is not their most inspired release to date, it is still better than having this band cease their output.  Phish continued to play better as their summer tour wore on and one can only hope the same will happen with their studio albums as they hopefully find their songwriting muse once again.