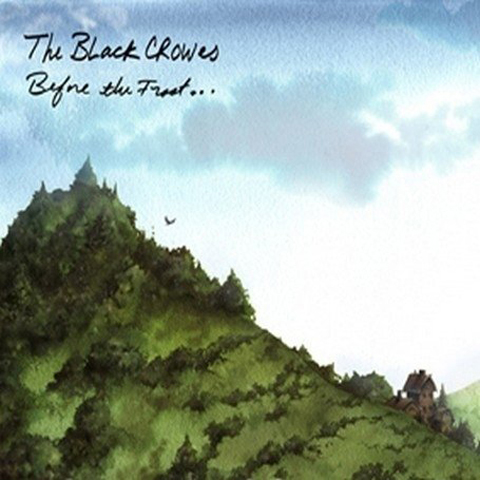 They’re once again a prolific little bunch of stoners. With their latest album Before the Frost and the accompanying digital release Until the Freeze, The Black Crowes have dropped 20 new songs on Crowes fans — and this is in relatively rapid succession to their release Warpaint Live, which came out earlier this year on the heals of last year’s studio version.

It may have taken a seven year break for the Crowes to starting producing again, but the wait has been worth it. Before the Frost is a return to Black Crowes of old. I popped this album in for a friend and two chords into the first song, we laughed, “Yep, sounds just like a Crowes album.”
And for the most part, we’re right. There is a great return here to road-worthy, up-all-night driving tunes. The song “A Train Still Makes a Lonely Sound” has all of the elements that made the Crowesclassic “Wiser Time” a brilliant travel tune, back when it was released in the early 1990s.

But, as much as I love this band, I still have to call them on their crap. Someone must have laced their weed, for them to record “I Ain’t Hiding,” which takes a complete left-turn from the other songs on the album and sounds like a bad television commerical soundtrack. Skip this song when you bring the disc into your iTunes and you could just love this album. Or, let me put it another way, if you like My Morning Jacket’s “Highly Suspicious,” you’ll dig this.