Trending Stories from The Marquee
You are at:Home»Album Reviews»Jon Ridnell
By Marquee Magazine on November 1, 2009 Album Reviews 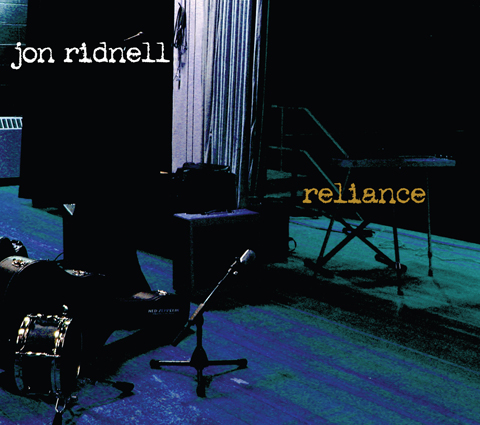 In the internationally recognized Front Range music mecca known as the small mountain town of Nederland, Colo., perhaps no local musician today is more respected by his peers than Jon “Blackdog” Ridnell. A fixture in the Nederland music community since the mid-’90s, Ridnell has helped set the modern definition of melding genres as well as re-solidify the high standard of musicianship the legendary town has been known for since the early 1970s.

In his latest release Reliance, with the help of superlative Front Range musicians, engineering and production, Ridnell has painted an entertaining panorama of the funky, relaxed and rockin’ world he occupies with his soulful songwriting and enormous guitar ability. Reliance shows the many sides of a man who plays jazzy, acoustic solo sets, sings home-brewed heart rending ballads, chills out island calypso style, hangs in the mountaintop hip-hop scene, picks country and bluegrass, shreds electric hard and heavy, or just likes to funk it up with the horns. It’s all Blackdog, i.e. Jon Ridnell, and it can all be found in healthy, cohesive servings on Reliance, his newest in a catalog that extends back to Ridnell’s pre-Colorado days touring around the New York area. Personal favorite tracks include the funky, soulful “Give It Back,” featuring the Mile High Horns, midi horn magician Cecil “P-nut” Daniels, and Nederland’s own MC Prakoshis, and “Giving Tree,” highlighting the acoustic, idyllic side of Ridnell, with sweet banjo accompaniment from YMSB’s Dave Johnston.

Produced by Lyons luminary Sally Van Meter (appearing on lap steel and slide guitar); recorded in the revolutionary “warm digital” Sonoma DSD System by Gus Skinas; mixed at Immersive and mastered by David Glasser at Airshow; featuring the sublime, solid backdrop of Dave Watts (drums) and Eric Thorin (bass), and a host of the very best instrumental and vocal support to be found in the region (Eben Grace, Eric Moon, Mollie O’Brien, Sally Truitt); and recorded at Nederland’s own Backdoor Theatre, Ridnell has shown that his Reliance on Rocky Mountain living certainly yields its own sparkling rewards.