Trending Stories from The Marquee
You are at:Home»Album Reviews»Langhorne Slim
By Marquee Magazine on November 1, 2009 Album Reviews, Jonathan Keller 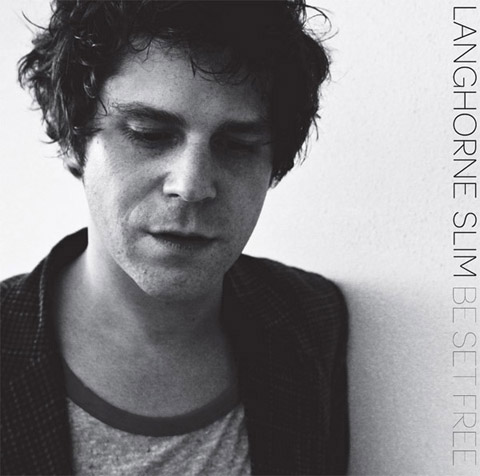 If you haven’t heard of Langhorne Slim yet, it’s about damn time you did.   His 2008 self-titled release was a glimpse of something truly great and his sophomore release for Kemado Records, Be Set Free, should cement him as a strong force in the singer/songwriter movement. It is one of the best releases of the year.

Langhorne Slim is the stage name for Sean Scolnick, a Brooklyn-via-Pennsylvania musician who has released seven albums and EPs over the last eight years. Even though Slim hasn’t found much widespread success he is on the verge of big things. One of his songs, “Worries,” was picked up and featured in a Travelers Insurance commercial last month.
Throughout Slim’s recording career one thing has been made quite clear: his songs are strong enough to stand on their own without studio frills.  The acoustic roots-based instrumentation and his tinny voice provide a gritty edge to the overall outcome — creating an album full of hooks without the plastic slickness in most radio-friendly folk tunes. Be Set Free has definitely got some balls and the modern folk movement could certainly use some.

For starters, Slim really knows how to write and deliver a ballad. “I Love You, But Goodbye” might be one of the most beautifully, positive songs I have ever heard on the topic of losing someone. Other slower standouts include the acoustically driven “Sunday by the Sea,” with its accompanying piano and strings, and the album’s title track.

Don’t let the ballads fool you, though. Known for his raucous live shows, Slim knows how to get loud, even with acoustic instruments. The album’s first single “Say Yes” is an all-out venture featuring his touring band which consists of Jeff Ratner on upright bass, Malachi DeLorenzo on drums and David Moore on keyboard.

One of my favorite songs on the album is “Cinderella.” The song has a Motown bass, piano and drum groove and as Slim’s lead vocal comes in, an infectious chorus of background vocals answers his every line. The interplay between the two distinct vocal lines creates a near-perfect hook. Other songs of great note are “Land of Dreams” and the album closer “Boots Boy.”

Be Set Free is an album that should be noticed and without a single song over four minutes in length, it should be a guide to all songwriters that getting to the point is a smart move. That formula has worked perfectly for Slim.