Trending Stories from The Marquee
You are at:Home»Features»Tool and Perfect Circle’s Keenan puts his latest group, Puscifer, on the road
By Marquee Magazine on November 1, 2009 Features, Interviews, Joe Kovack 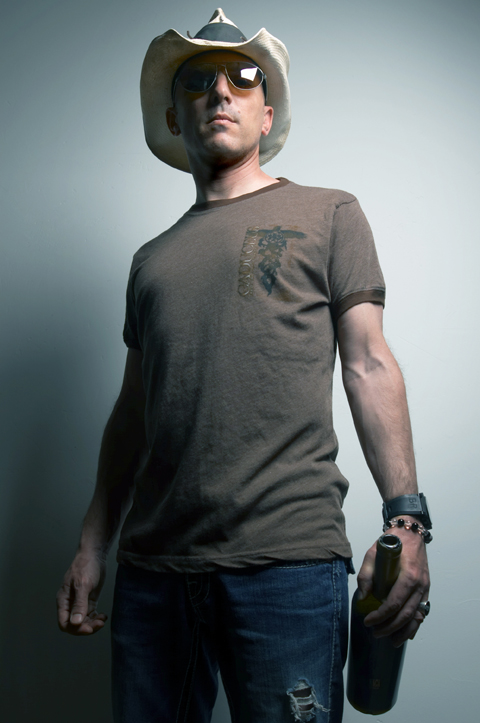 “Expectations pave the road to hell, so come with no expectations and just enjoy it and understand that every show you see is going to be a different show,” Keenan said in a recent interview with The Marquee. As the enigmatic front man of Tool and A Perfect Circle, Keenan’s barrel of creativity seems to have no bottom. Puscifer, the latest musical project in Keenan’s endlessly growing repertoire, is the culmination of 15 years of watching the world evolve and change into a musical landscape where artists can express themselves without the constraints of contrasting expectations from large recording companies.

In an age where major record labels are dying and musicians take their own reigns, the idea of Puscifer can come to life. “I think, generally speaking, that all the ideas we had back in the mid-Nineties to do we just couldn’t possibly do them financially back then, but we’ve reached a stage in video making and just music, in general, where you can do a lot of this stuff at home. With all the technology, there are more tools at your disposal, so the videos we’ve done with Puscifer — what would have cost millions — now only cost pennies,” said Keenan. And that is what Keenan’s vision of Puscifer represents, a creation of the individual without the appeasement of a higher power.

While leaving the management and bureaucracies of recording companies behind, Puscifer embodies the fundamentals of making music and embracing the art of creating while sustaining on its own basis, not worrying about how it will survive. “We’ll survive like every other band in the past that had any staying power; with ideas, and a staying creative force,” said Keenan. “That’s what the whole core of that whole industry was basically built upon, and something they got away from, which was the core idea; the talent, the ideas, the execution, the entertainment. Then you get bankers involved and people setting up their monthly and weekly meetings for projections, trying to figure out a way to create cash-flow reports on artists — which is a stupid idea, artists are artists. They’re like the weather. They’re unpredictable. You can’t project sales on the weather,” Keenan said.

With a revolving door of musical collaborations, Puscifer exemplifies Keenan’s idea of a multi-bodied instrument of creative power. Though ultimately it is Keenan’s vision to be followed, the collaborators add a special array of different perspectives that enhance the vision without inhibiting the process. “It’s like water, if you open a hose on a side of a hill, the water’s gonna go where the water’s gonna go. You can only direct it so much, and it wants to flow where it wants to flow, and those creative juices are similar. You just get in a room full of people and turn on the hose and see where it goes,” Keenan said of working with such musicians as Danny Lohner, Tim Alexander and actress Milla Jovovich, among many others.

Though forging a decidedly new sound with Puscifer, fans of Tool and A Perfect Circle should hear familiar snippets of Keenan’s earlier projects intermingled with a fresh resonance of originality. Riddled with bass and groovy rhythms, the dark melodic nature of Puscifer can at times make you want to dance and at other times sit and meditate as with a shaman looking into a supernatural realm. Mixing what sounds like acid induced country/blues guitar with sensual rhythms, a mystic collection of sounds comes together to entice the listener into a state of intense tranquility. The second EP, C is for (Please Insert Sophomoric Genitalia Reference Here), is scheduled to release this month with six songs total, two of which are remixes from the first EP, V is for Vagina.

But there is more to Puscifer than meets the ear. While the music is the core of Puscifer, no media is left unturned in shaping an all around sensory experience for live audiences. “It’s just media of all sorts. It’s film. It’s music. It’s performance. It’s recipes,” Keenan said of Puscifer’s first tour. Likening the project to “Adult Swim” productions or “Saturday Night Live” performances, concert goers can expect a healthy dose of diverse entertainment while never experiencing the same show twice. “I honestly don’t know what an audience craves. I’ve never known what an audience craves. All I know is what I crave, and I crave to create. And last time I checked I am human, and if I crave it most likely by default, someone else will crave it as well … So if I create this thing and I’m happy with it, it would follow that somebody is going to relate to it.”

Recommended if you Like:
• Tool
• A Perfect Circle
• Trent Reznor