Trending Stories from The Marquee
You are at:Home»Album Reviews»Head For The Hills
By Marquee Magazine on December 1, 2009 Album Reviews, Brian F. Johnson 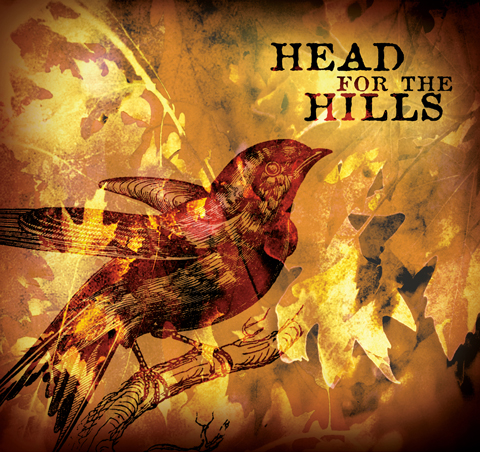 Head For The Hills is firing so hard on all cylinders these days that there’s no telling how far they can go if they keep it up.

Case in point is their self-titled release, which is just hitting the streets. The band produced the album with Leftover Salmon mandolin master Drew Emmitt and the boys were smart enough to record the project on the Sonoma DSD machine with one of Boulder’s best audiophiles, Gus Skinas. The warmth of the band’s current musical prowess coupled with the depth of Skinas’ recording device, work together to provide an album that’s as comfortable as an old pair of slippers, yet meticulous in its presentation.

Additionally, the band’s connections with Emmitt also lead to “artistic oversight and creative guru” assistance by the other half of the Emmitt-Nershi Band, Bill Nershi, and all of those elements working together result in one of most professional independent releases of the year in this market. In fact, that’s maybe the best way to summarize Head For The Hills. These guys bring a bar-raising attitude of professionalism to everything they do — I mean, hell, their bass player even recently chopped his dreads. They’re not stodgy button-down types. These guys still know how to have fun, they just do it with forethought and it shows in their success.