Trending Stories from The Marquee
You are at:Home»Album Reviews»The Swell Seasons
By Marquee Magazine on December 1, 2009 Album Reviews, Jonathan Keller 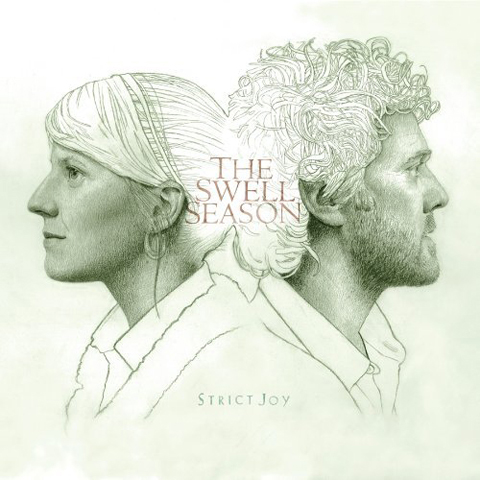 The Swell Season might be the breakout folk success story of the last decade. Riding on the heels of the moving and well-received 2007 feature film Once and its accompanying soundtrack, Irish duo Glen Hansard and Markéta Irglová have finally released a batch of new songs collectively called Strict Joy. It should please fans of the movie and soundtrack but will likely not eclipse their success of the past.

Shot for only $160,000, Once was one of the major indie breakout films of 2007, winning an Academy Award for Best Original Song and grossing over $20 million at the box office.

Written and directed by John Carney, the Irish folk musical drama made stars of Hansard and Irglová, immediately catapulting their musical careers into the mainstream. It was the career break of all career breaks and the duo has ridden that success for the better part of two years with extensive touring and promotional appearances.

The Swell Season has delivered a solid follow-up album with Strict Joy. However, much of the intimacy, heartbreak and acoustic subtlety found on the Once Soundtrack is missing. Simply put, the Once Soundtrack had better songs as a whole. Strict Joy sounds like an album that was meant to be played live and the duo brought in a slew of musicians to accompany their folk songs; drums are all over this one.

The album starts strong with the R&B flavored “Low Rising” and my favorite track, “Feeling the Pull.” The latter features a quick descending chord structure, upright bass, piano, mandolin, whizzing organ, Dylan-esq harmonica and rolling jazz drums. It literally sounds like something Van Morrison could have recorded on Astral Weeks and is a defining song for the duo. I wish they had used this track as the overall feel for how the entire album should have sounded.

The album quickly moves into more intimate, acoustic songs, including their first single, “In These Arms,” which works well once they get to the chorus.” The back half of the album features the best ballad, “I Have Loved You Wrong,” which features a lead vocal by Irglová over a rumbling bass groove and spacey piano and guitar voicing. To date, it is the best song Irglová has contributed and is hopefully a sign of more interesting things to come from the 21-year-old.

Strict Joy definitely doesn’t have the commercial appeal that the Once Soundtrack had, but it is still a refreshing collection of meaningful folk that will please many.