Trending Stories from The Marquee
You are at:Home»Album Reviews»Dave Rawlings Machine
By Marquee Magazine on January 1, 2010 Album Reviews, Jonathan Keller 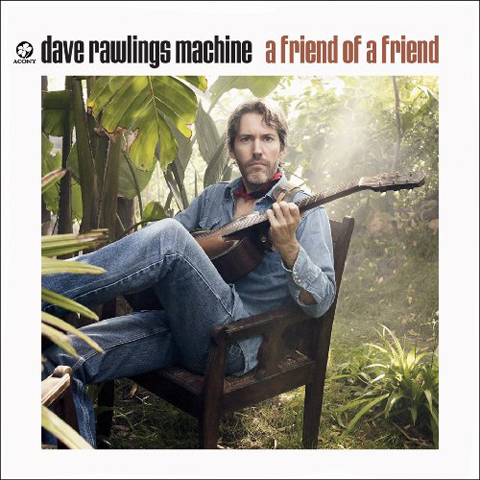 While the name might not be immediately familiar, you’ve likely heard David Rawlings’ music. He is probably most widely known for being the longtime musical partner of singer/songwriter Gillian Welch. Rawlings has also produced and/or accompanied a wide variety of other artists including Ryan Adams (the Morrissey “argument” at the beginning of Heartbreaker is between Rawlings and Adams), Old Crow Medicine Show, Bright Eyes, and Robyn Hitchcock.

With his new project, David Rawlings Machine, the man who once spent most of his time behind the scenes has decided to step out into the forefront with a fantastic debut album, A Friend of a Friend.

When a successful producer decides to record a solo album, you never really know what you are going to get. Most of the time these albums are experimental, released for novelty purposes and appeal to smaller audiences. Rawlings took a different approach, though, staying away from experimentation and opting to bring in those artists he has helped over the years, including: Gillian Welch, the entire Old Crow Medicine Show clan, Benmont Tench (founding member of Tom Petty & The Heartbreakers and Mudcrutch), Nathaniel Walcott (Bright Eyes) and Karl Himmel (Neil Young). The outcome is an album packed with great artists, giving stellar performances of top-notch songs.

A Friend of a Friend is definitely a folk/bluegrass affair and there isn’t a bad song in the bunch. For fans of Gillian Welch’s solo albums, think of Rawlings’ album as a reversal of roles. Whereas Rawlings would supply harmony vocals on Welch’s solo albums, Welch returns the favor on A Friend of a Friend. She is on almost every song, lending vocal support on the choruses, and it is no wonder the two have collaborated for so long — their voices mesh together beautifully.

Four of the album’s nine songs were co-written by Rawlings and Welch, including the gorgeous album opener “Ruby.” The mid-tempo folk number explodes into a sea of voices at the chorus, giving the illusion that you have heard the track before; folk at its best.

Rawlings’ take on “To Be Young (Is To Be Sad, Is To Be High),” which he co-wrote with Ryan Adams for his Heartbreaker album, is an all-out bluegrass affair with Old Crow Medicine Show lending full support. When it comes to covering other artists, Rawlings and Welch have always had choice selections in their live shows (Radiohead’s “Black Star” as an example). On A Friend of a Friend the pattern continues. Of the three covers on the album two are joined beautifully as one 10-minute track: Bright Eyes’ “Method Acting” and Neil Young’s “Cortez the Killer.” Rawlings and Welch perform the songs in what sounds like a live setting — two acoustic guitars and their voices. “Method Acting” is played at a much slower tempo than the original, which allows Conner Oberst’s lyrics to really shine, and it transitions perfectly after a short instrumental section into the dark beauty of Young’s “Cortez the Killer.” After two back-to-back verses of “Cortez,” the song once again slides back into “Method Acting.” The transitions are as smooth as can be and they work brilliantly.

With A Friend of a Friend, Rawlings shows he can do it all. This is one of the finer albums I have heard in some time. I hope Rawlings continues to find the time to record more solo efforts, because it would be a damn shame if he didn’t.                        — Jonathan Keller