Trending Stories from The Marquee
You are at:Home»Album Reviews»Vinyl
By Marquee Magazine on January 1, 2010 Album Reviews, Brian F. Johnson 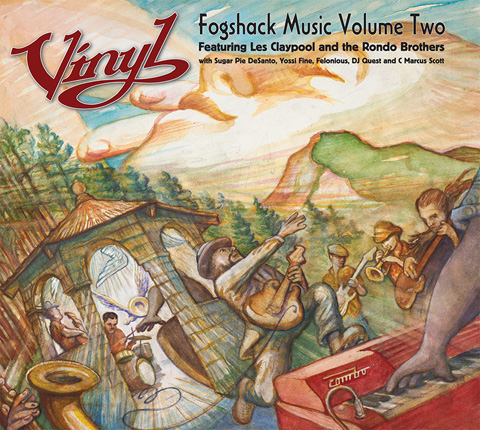 The opening 17 seconds of Fogshack Volume 2 sounds pretty lame, to be honest. But as soon as the intro subsides, the album starts kicking ass and it doesn’t really take a break until its entire 40 minutes has passed.
Fogshack sprung forth from the master reels and outtakes of the veteran funk band’s Flea Market recording session, as re-envisioned by Bay Area production team The Rondo Brothers, along with long time Vinyl producer Tony Mindel. But just to turn it up a bit, in addition to their signature grooves, the band landed Les Claypool, Yossi Fine, DJ Quest and the aforementioned Rondo Brothers.
This is a great remix and showcases some of the mastery with which Vinyl attacks their chosen genre.                                        — Brian F. Johnson