Trending Stories from The Marquee
You are at:Home»Features»Gov’t Mule
By Marquee Magazine on February 1, 2010 Features, Interviews

With new album By a Thread out, Haynes refocuses on Gov’t Mule for 2010 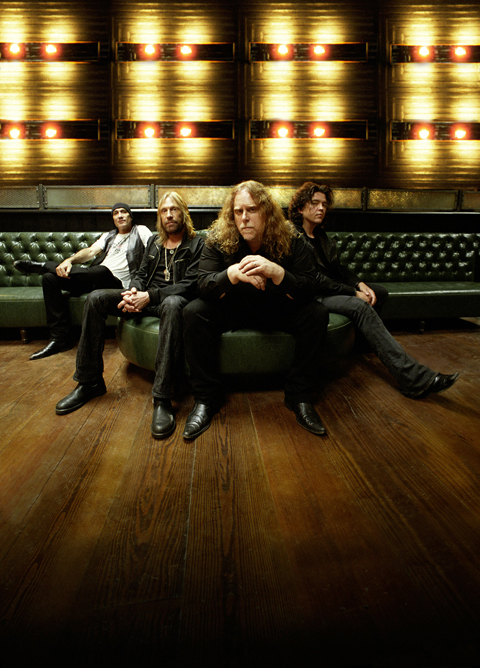 The early-morning phone calls have become a thing of the past for Warren Haynes.
Now, any time the guitar-playing virtuoso ends up at a hotel, Haynes makes sure to go by an alias, not unlike many entertainers.

“One too many times, I’ve had someone call me at 5 a.m., or even 8 a.m.,” Haynes said during a recent phone interview with The Marquee from the Sheraton Riverwalk in Tampa, Fla. “My schedule’s bizarre. I go to bed late and sleep late. It’s hard to get off that rock and  roll schedule once you’re used to it.”

Rest assured (no pun intended), fans don’t want Haynes off that schedule any time soon. And, thankfully for them, he has no plans of hopping off that train.

While Haynes spent the majority of 2009 playing with The Allman Brothers and touring with The Dead, 2010 figures to be all about Gov’t Mule — the four-man group Haynes helped start up in 1994.

“Gov’t Mule is a band I think people will see touring five, 10 years down the road,” Haynes said, “where I think The Allman Brothers are slowing down and, at the moment, there’s no plans for The Dead to do anything else. Gov’t Mule is our thing to do with what we will. We create the music from scratch, and we create the parameters from scratch. It’s a laboratory to explore, utilize and showcase all our different influences. A lot of different genres of music make up what is Gov’t Mule’s sound.”

In October, the band released its first studio album in three years, By a Thread. The 11-track album features a guest appearance by ZZ Top’s Billy Gibbons on the opening track “Broke Down On The Brazos.”

Most importantly, By a Thread marks the studio-album debut of Mule bass player Jorgen Carlsson, who joined the band in 2008, replacing Andy Hess, who had previously held the spot.

When listening to By a Thread, it doesn’t take long to notice the similarities between Carlsson and former Mule bass player and founding member, the late Allen Woody.

“Jorgen’s style is much more aggressive than any of the other bass players we’ve worked with since Allen Woody,” Haynes said. “It’s similar to Allen Woody even though he’s very much his own man and brings his own personality to the table. But he shares that affinity for this kind of aggressive, dirty bass sound and approach that is kind of one of the things that Gov’t Mule was founded on.”

And speaking of things that the Mule was founded on, By a Thread is kind of a throwback to the early years as well as a glimpse of what the future holds for Mule. “It’s strange because I keep telling people that we’re moving backwards and forwards at the same time,” Haynes said. “This record sounds like nothing we’ve done in the past, but it also — from a vibe standpoint — kind of revisits our first couple of records. I think that’s a very welcome combination at this point in our careers.”

Mule fans attending one, two or all three of the group’s shows in Colorado this month figure to get a steady dose of By a Thread. But those attending the group’s second show, at the Fillmore, also are likely to see some collaboration between Mule and the North Mississippi All Stars. “We’re very excited about reconnecting with those guys because we’re old, old friends,” Haynes said.

In what may best be described as a vacation/ tuneup/festival, Mule kicked off 2010 with the five-day Island Exodus in Jamaica. “It was a great way to jump back into the pool, so to speak,” Haynes said. “It was a combination working-vacation. Everybody came in with a nice, fresh approach, and Jamaica was a nice warmup for this upcoming tour.”

Haynes said the Mule already has international dates lined up later in the year in Australia, Europe, Japan and possibly a few other spots, and he said fans shouldn’t be surprised to see Haynes and Mule also help in some way with the Haiti relief efforts. The group was less than 300 miles away from Haiti while they were in Jamaica.

“I think there are a lot of things in the works,” Haynes said. “I mean, we were in Jamaica for that entire week, but it was pretty bizarre because we were only a couple of hundred miles away. I think that made people feel closer to the catastrophe. Musicians tend to rise to the occasion in these times. I’m sure there’s going to be a lot of organized benefits here and around the world because they need our help more than people can imagine.”