Trending Stories from The Marquee
You are at:Home»Album Reviews»Frightened Rabbit
By Marquee Magazine on March 1, 2010 Album Reviews, Jonathan Keller 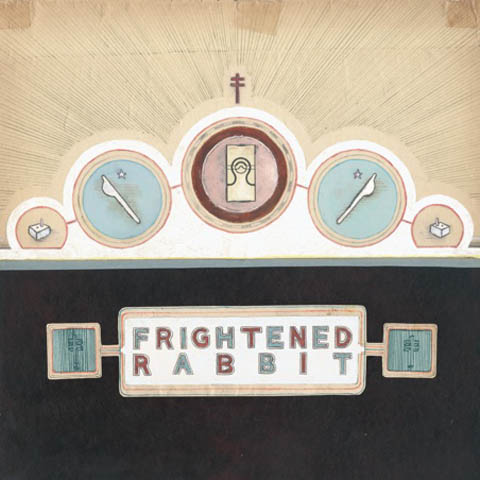 The Winter of Mixed Drinks

Frightened Rabbit are single-handedly putting Scottish indie rock on the map. Having taken their time between heavy touring to record their much anticipated followup album to 2008’s The Midnight Organ Flight, Frightened Rabbit have delivered their most cohesive and musically engaged album yet, The Winter of Mixed Drinks.

The group released their debut in 2006, Sing The Greys, and followed it up with 2008’s The Midnight Organ Flight, which was a 2009 sleeper hit after receiving widespread critical acclaim. A few of the album’s songs were showcased in episodes of the popular television shows “Grey’s Anatomy” and “One Tree Hill.”

Frightened Rabbit’s latest release is an album of musical expansion. Whereas the beauty in 2008’s The Midnight Organ Fight was in its breakup themes, raw performances and passionate lyrics, The Winter of Mixed Drinks still follows course, however it also has an uncanny optimism that was lacking in their previous releases. The growth on The Winter of Mixed Drinks lies in the strength of the songwriting, the band’s ability to create a unique feel for each song and the sonic exploration of those songs, in which the band received grand contribution from producer Peter Katis.

Katis, who has worked with Interpol, The National and Guster, has taken Frightened Rabbit’s acoustically-driven sound and layered tasteful instrumentation over it — the arrangements are superb. He has made the band’s sound more mature, edgier and more interesting without compromising the overall spirit that Frightened Rabbit fans have come to love. Katis has simply made Frightened Rabbit sound better, more powerful and more unique.

Not only does the band sound more mature, the songwriting of Scott Hutchinson has reached great new heights as well. Hutchinson wrote the album in Fife, Scotland following a heavy 2009 touring schedule and it is no wonder the album revolves around themes of escape and emotional breakdown. The writing as a whole is much more cohesive than The Midnight Organ Flight, and while there isn’t a song that’s as catchy as “My Backwards Walk,” there also isn’t a misstep on the album — it showcases Hutchinson’s strongest body of songwriting yet.

Highlights include the album’s opening track, “Things,” which unfolds with a wash of distorted, droning guitars before slowly building into a full band effort as Hutchinson’s lyrics soar over the top. The refraining acoustic guitar in the song’s outro is a perfect example of Katis’ superb production, allowing the hard-driving tune to transition beautifully into the next song, “Swim Until You Can’t See Land,” the album’s first single.

The Winter of Mixed Drinks should be a nice accompaniment to this year’s change of season for anyone who is in need of a welcomed lift in spirit. — Jonathan Keller