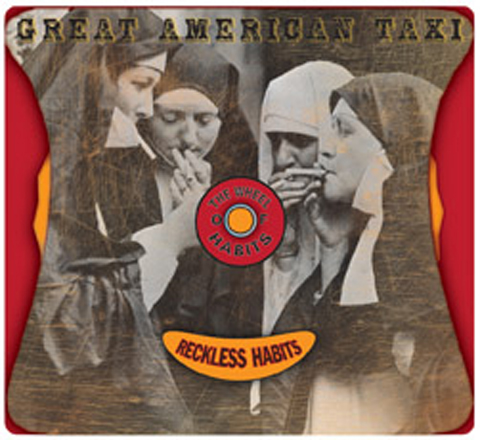 Great American Taxi has always flirted with paying homage to their historical influences, such as The Byrds, Gram Parsons and Uncle Tupelo. But for their new album, the band’s second full-length release, Reckless Habits, the era of innocent flirting has stopped. Great American Taxi is now down-right copping a hearty feel off of those influences, while also flexing its love muscle by putting their own hippie-tonk stamp on the country rock genre.

Fronted by Leftover Salmon’s big papa, Vince Herman, and keyboardist Chad Staehly, Taxi teamed up with Railroad Earth’s Tim Carbone, who produced the album, which was recorded at Backbone Studio in Loveland, Colo. With a relatively new lineup solidified, and with compliments from the Black Swan Singers and the Peak To Freak Horns, the Taxi finds itself, joint-in-hand, cruising down the road of Americana roots music and having a blast along the way.