Trending Stories from The Marquee
You are at:Home»Album Reviews»Acrassicauda
By Marquee Magazine on April 1, 2010 Album Reviews, Joe Kovack 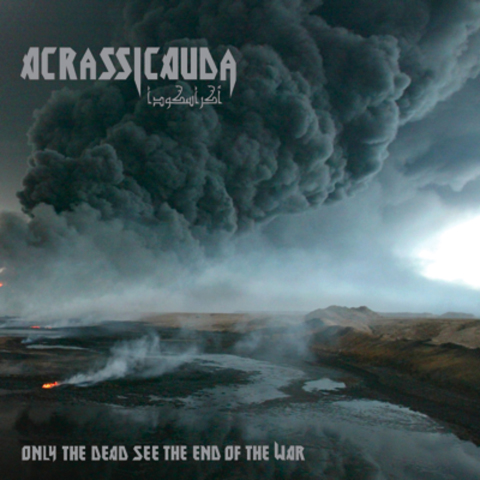 Only The Dead See The End Of The War

With the many faces of turmoil plaguing the sands of Iraq, it’s no surprise the youth of the war-torn country are combating the ideals of generations before them. Looking for a release from the angst and turbulence of a country meddled with mayhem, Acrassicauda found heavy metal and became the premiere Iraqi heavy metal band. (Their name, by the way, comes from a type of black scorpion that lives in the Iraq desert.)

Their story is one of exile, migration and threats on their lives, all of which helped to enhance their love of metal. Starting out in a basement recording studio, their lives would change as 2003 came and bombs began destroying their hometown of Baghdad, their rehearsal space, and many friends and family members. The next few years showed no promise in their homeland, as the occupation of Iraq by American forces increased in severity, and threats from death squads that wandered the streets pushed them to flee their country to find refuge in Syria and Turkey, before finally making their way to New York City.

Once in the United Sates, the band received help from Testament lead guitarist Alex Skolnick. But it was the fear of war-torn life back in Baghdad that shaped their music. Confronting death and war on a daily basis while growing up is only a thing of the imagination for most metal bands, but for Acrassicauda it was their reality. Each song is fueled by power-driven riffs, denoted by the anguish that permeates throughout their country.

Produced by Skolnick and mixed by Josh Wilber (Lamb of God and Hatebreed) the four- track EP sounds like a record by a veteran metal band. The first track “Message From Baghdad” is a great beginning to any credible thrash metal release. The fast tempo of the riffs coupled with the intricate soloing of the lead guitar, is reminiscent of the thrash metal greats of years ago.

Only The Dead See The End Of War sounds as if early Metallica and Slayer created a child that was born in the war ragged country, which grew up to have real fundamental reasons to be angry.

Having already gained exposure from their critically acclaimed documentary and subsequent book Heavy Metal in Baghdad, the band fits in with American metal quite easily, with the musical chops of a band beyond their years.

Though the themes of their songs and album are centered on death, war and destruction, the band itself takes no sides, just relates their experiences in a way that so plainly highlights the obvious: war is fucked!