Trending Stories from The Marquee
You are at:Home»Features»FoCoMX kicks off second year with an impressive 15O acts in 15 venues
By Marquee Magazine on April 1, 2010 Features, Jordan Bleckner 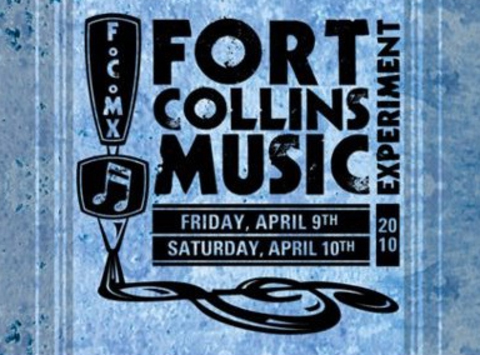 Leave it to Colorado to shower praise upon homegrown musicians with the love and attention they so dearly deserve.

Some of TheMarquee’s picks for FoCoMX Must Hears are:

Danielle Anderson, also known as Danielle Ate The Sandwich, is a folky, ukulele-toting singer/songwriter who is by no means tethered to any particular topic. She admittedly writes songs about things she feels deeply about as well as things she would eventually like to feel, and at her age we’d say she has plenty of time. Easy to crush on and cute as a button, Anderson straddles the line between folkie and hipster and comes away with admirers on both sides.

Peace Officer is a smorgasbord of various genres all freshly rolled into one large rhythmic supergroup. A cup of dub here, some hip-hop there, and sprinkle in some melodic lyrics from a sharp-tongued, witty lyricist and you’ve got what Peace Officer affectionately calls ‘Dub-Hop.’ Using haunting, memorable samples covering everything from funk, jazz, scratch and the always insightful historical sound byte, Peace Officer is a extravaganza of sound for the socially conscious hip-hop fan. Priding themselves on their energetic live concerts, the band works to entertain and educate with their stories of life, love, passion, and struggle.

Halden Wofford and the Hi-Beams’ throwback and stylish take on the honky tonk genre is a breath of fresh air amidst other wannabe retro acts. With some of the choicest players on the Front Range and a professionalism that is bar-none, the Hi Beams landed themselves on the famed NPR show “A Prairie Home Companion” in recent years and Wofford’s distinct vocals continue to garner the band well-earned attention.

An integral part of the Colorado rock scene for over a decade now, HOSS (or Hooked on Southern Speed) is armed to the teeth with heavy solos and thundering bass and is taking their rip-roaring rock down the fast lane like a Camaro with no brakes. The four boys originally from southwest Kansas were clearly aficionados of the Headbangers Ball era and they do their heroes like AC/DC and Motörhead great justice, but they scoff at being called a metal band, and they’re right to do so — uneducated ears may not get the difference, but this is simply loud, fast rock and roll.

Fascinated and inspired by the bellowing sounds and beautifully unpredictable movements of the ocean, Candy Claws sets out to take pop music to new heights with their take on the always evolving, ever maturing, dream pop genre. With their warm flowing style, and sighing reverb-packed melodies, the band is a rejuvenating escape for those looking to get lost in sound and contemplate the deeper things in life. Their album In The Dream of the Sea of Life was recorded in Italy, Fort Collins and the Philippines over the last two years and is said to be a musical companion to Rachel Carson’s 1951 book The Sea Around Us.

Fort Collins has long been a hotbed of alt-country with local heroes Drag The River and Cracker carrying the torch high. But alongside them is Arliss Nancy. Nancy brings forth gritty booze-induced energy and lyrics which ooze with certainty and conviction. These 2009 FoCoMAs Peer Award winners all write, they all pour their hearts into what they do, and they’re all loving every second of it.

Cleverly initialed as SHEL, this pop bluegrass quartet contains four very attractive and even more importantly, very talented singer/songwriters, producers, mixers, and performers. I stress these titles, as all four girls are professionally trained in these fields by their veteran songwriting father, Andrew Holbrook. They’re receiving praise from all sorts of musical outlets, including some coveted praise from indie-cred dispensers KCRW, who gushed that SHEL’s most recent album was “one of the impressive debuts so far this year.”

M. PYRES is an ambitious musical project led by (M)atthew Sage. This is not music for people in a rush, no. This is sprawled out, droning, sonic pop music which makes you want to re-think everything you know about yourself.