Trending Stories from The Marquee
You are at:Home»Local Love»Local Love
By Marquee Magazine on April 1, 2010 Local Love, Sheila Moriarty 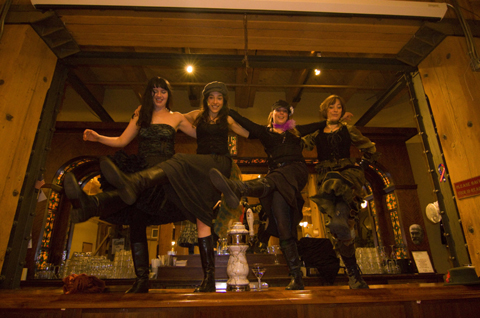 We’re not saying they are these guys, but they kind of sound like: Old Crow Medicine Show and Gogol Bordello crossed with Uncle Earl.

What’s their deal?: Claiming to ‘not be your typical folkie chick band,’ these ladies stay true to their word. The Gristle Gals are a newly formed four piece who combine their backgrounds in classical, folk, bluegrass, gypsy, and jazz with a decidedly unique view of the world. Their debut album will drop this month and features a range of instrumentation from shaking tambourine to driving percussion.