Trending Stories from The Marquee
You are at:Home»Album Reviews»Frank Zappa
By Marquee Magazine on May 1, 2010 Album Reviews, Brian F. Johnson 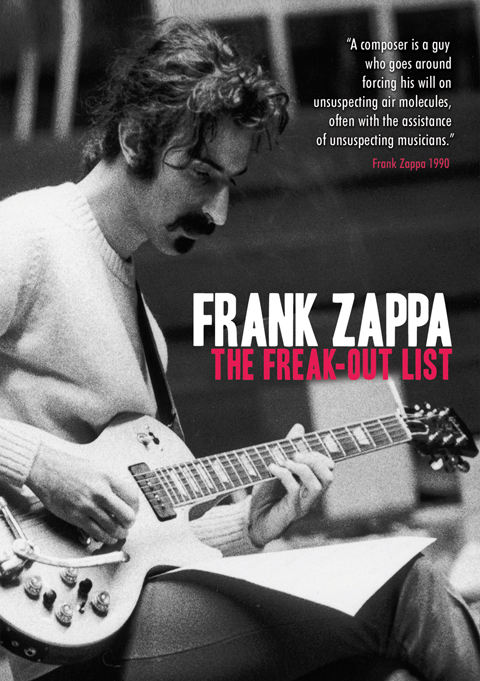 Hell yes! This is awesome.

On Frank Zappa’s debut album Freak Out, the composer put together a lengthy list of his influences, known as The Freak Out List. It’s a list that had few recognizable names on it, even to people who make a living from knowing avant garde musicians and composers.

The list ended up being a map to Zappa nerds, who could have spent years, if not lifetimes, going through the collections of those influences, learning where Zappa got some of the direction for his own compositions.

This documentary explores the list of 179 names in pretty good depth, singling out some of the most notable influences (Richard Wagner, Igor Stravinsky, Edgar Varése and Arnold Schoenberg, among others) and shows how their music, which expanded boundaries, lead to Zappa’s love of “music from the margins.”

This may not be the most exciting DVD out on the market, but the education which it reveals about the roots of one of American’s greatest composers, is masterful.                — Brian F. Johnson

:: The Marquee presents Dweezil Zappa Plays Zappa at the Paramount Theatre on June 7. For a chance to win a pair of tickets from The Marquee send an email with the subject “ZPZ” to intern@marqueemag.com. ::