Trending Stories from The Marquee
You are at:Home»Album Reviews»Bruner
By Marquee Magazine on June 1, 2010 Album Reviews, Brian F. Johnson 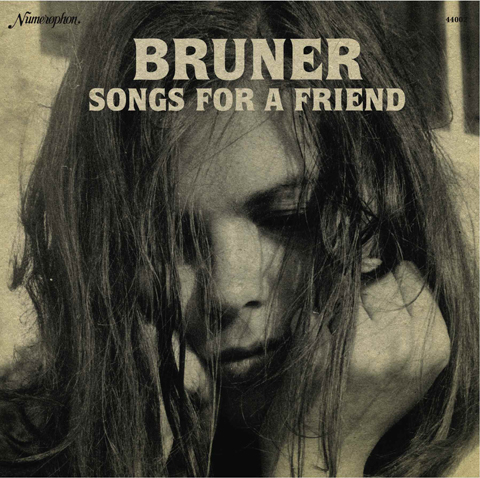 Songs For A Friend

The story behind this album is almost better than the album itself, but the album is just oh-so- good.

In the 1960s, when Bruner was just a 17-year-old, she and guitar teacher Jim Krein borrowed a cheap recorder and performed a six-song acoustic session in the back of Nielsen’s Music Store — think Glen Hansard and Markéta Irglová, more than 40 years before the movie, Once.

The songs were unrehearsed, stripped down, and of poor quality, but strikingly intimate and stirring. The collection of five covers and one original song sat on a dusty shelf for over 40 years until Numero Group Recordings discovered them. The genius in this release is that Numero Group resisted the temptation to “clean up” the recording. Instead, the original performance is presented with hisses, echoes and musician banter — exactly the way it was recorded.

But that’s just the beginning. There’s much more mystique to the album than being a “lost” recording. Bruner, now in her sixties, is lost as well. On the run from the law for fraud since the 1960s — Songs For A Friend is really all that is left from the anguished songstress. Despite the underlying melancholy, it’s a superb legacy.