Trending Stories from The Marquee
You are at:Home»Album Reviews»Keller Williams
By Marquee Magazine on June 1, 2010 Album Reviews, Brian F. Johnson 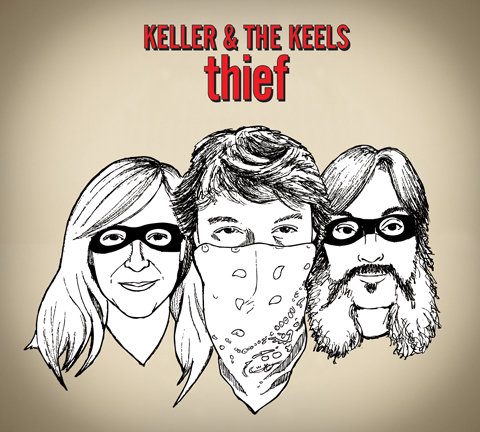 Beyond being the one-man-band, Keller Williams is also a radio host. His weekly show, he admits, is “a self-indulgent hour-long mix tape of stuff I’m into,” and his latest release Thief, is an extension of that — stuff he’s into.

Technically a Keller and the Keels release, William’s latest is a collection of covers that he performs with Larry and Jenny Keel. The diversity is awesome, covering everyone from Ryan Adams and the Cardinals to the Grateful Dead, to Amy Winehouse and Kris Kristofferson (twice).

Williams has always played lots of covers in his live shows, and luckily, Thief gives them all a tidy home. It also shows that what’s rattling around in his head on any given day is wildly fun and wildly varied, but wildly fun first.          — Brian F. Johnson