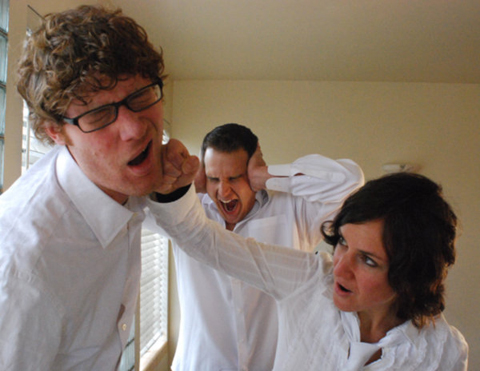 We’re not saying they are these guys, but they kind of sound like: The Postal Service, Bjork, Paul Simon

What’s their deal?: They’re kind of like an art project and a brain teaser mixed with instruments. The cerebral indie pop band claims to straddle the line between generations X and MTV, exploring the “adolescence of technology in art.” But in addition to making music, the band also makes films. Their debut film Sled took the grand prize at Boulder’s 2009 Spirit of the Outdoors Film Festival. They will present their latest film Alive in Denver with this gig at the Soiled Dove in June. The film is, simply put, a concert DVD with a bit of an artsy twist, and the evening will feature guest musician Paa Kow, a percussionist from Ghana.