Trending Stories from The Marquee
You are at:Home»Album Reviews»Richard McGraw
By Marquee Magazine on June 1, 2010 Album Reviews, Brian F. Johnson 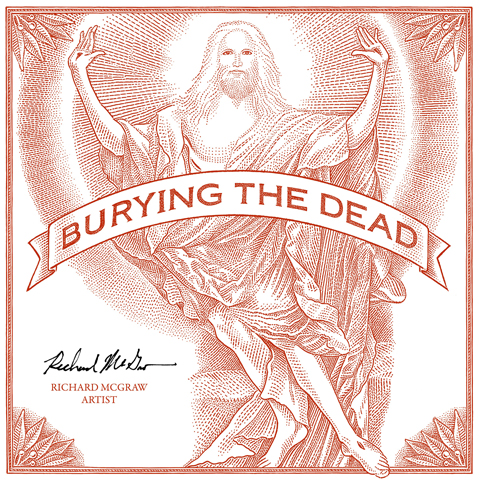 It may have started as a joke — when New York songwriter Richard McGraw replaced the  words “Chelsea Hotel” with  “Balmville Motel” and went on to tell his own story of teenage lust and rejection — but even with comedic roots, the resulting remake of Leonard Cohen’s classic tale of love “Chelsea Hotel #2” is nothing short of masterful.

Like Cohen, McGraw’s songs could mostly stand on their own as poetry, but on Burying the Dead he thankfully ads music worthy of accompaniment of these great lyrics. In addition to remaking Cohen’s song, McGraw tackles another cover by putting his own spin on Billy Joel’s old song, “My Life.” It takes a careful listen to “get it” but when it finally comes through, the cover tune ironically highlight’s McGraw’s ample skills as an original songwriter.

The remaining ten tracks on Burying the Dead are by McGraw, himself, a self-described anti-anti-folk artist. With soaring and mournful vocals and exquisite phrasing, both musically and lyrically, McGraw shows that he’s worthy of the praise he’s earned to date.

His 2003 debut was good enough to put him in front of industry legend Rick Rubin. His sophomore release was hailed by Performing Songwriter magazine as “a true masterpiece,” which begs the question, ‘What in the world will they have to say about this one?’ All I can say is ‘Wow!’ … and thank you.