Trending Stories from The Marquee
You are at:Home»Album Reviews»Ben Jordan & The Heathens
By Marquee Magazine on July 1, 2010 Album Reviews, Brian F. Johnson 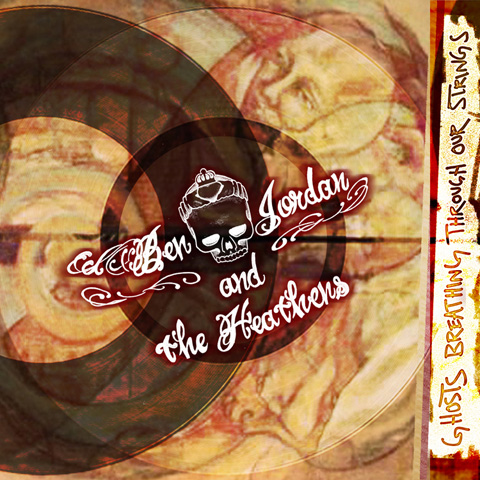 Ghosts Breathing Through Our Strings

Boulder singer/songwriter Ben Jordan comes alive with this release, Ghosts Breathing Through Our Strings — his first full-length with his band The Heathens.

Since his vagabond days, before he settled in Colorado, Jordan has surrounded himself with top-notch musicians and on this release he outdoes himself. With accompaniment by Front Range session staples, drummer Brian McCrae (e-town, Yonder Mountain String Band) and guitarist Jack Leahy (The Paper Stars, Gregory Alan Isakov), Jordan takes his acoustic guitar sound and gives it a depth that he could never achieve on his own. That sound is significantly flushed out by Adam MacDougal of The Black Crowes on piano, Rhodes, Wurlitzer and B3.

But even MacDougal’s famous pedigree is overshadowed by the final element that makes this album so impressive — the blend of vocals between Jordan and Jess DeNicola (John Common and the Blinding Flashes of Light, Jen Korte and the Loss).

Jordan and DeNicola compliment each other perfectly and that, combined with tales of travel and love, hearken back to the musical relationship between Ryan Adams and Caitlin Cary, that made Whiskeytown such an enthralling and beautiful act.

Just like Whiskeytown, Jordan and the Heathens play a rock/alt-country blend that might not really be country, but is definitely something that you could wear cowboys boots to. The maturity that Jordan has gained in his several solo albums leading up to this release is shown in deep lyrics which refuse to date themselves, but seem to be from generations ago.

Recorded in several studios, both local and elsewhere, Jordan kept the production of the album very local, indeed. Ghosts Breathing Through Our Strings was co-produced, mixed, mastered and engineered by local studio owner Morgan Harris. Photos and art direction were provided by local friends Tyler Rose and Lindsay Holmes, and even Bolder Ink owner Lance Talon got in on the action, supplying one of his paintings for the cover.