Trending Stories from The Marquee
You are at:Home»Album Reviews»When You’re Strange: A Film About The Doors
By Marquee Magazine on July 1, 2010 Album Reviews, Brian F. Johnson 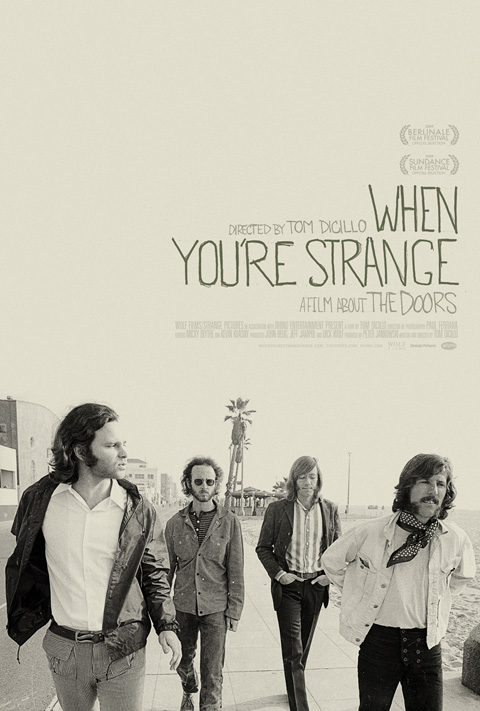 When You’re Strange: A Film About The Doors

Those who were paying attention already got to see this when it was shown at the Boulder Theatre a couple of times this spring.

Now it’s available on DVD, and for those who still can’t get over the old Val Kilmer and Meg Ryan catastrophe that was The Doors the movie, When You’re Strange will clear those images from your mind faster than a 30,000 mic acid trip. This documentary isn’t a Hollywood glamorization. This is the real deal — even though it is narrated by Johnny Depp.

When You’re Strange received accolades worldwide, being chosen as official selections in multiple film festivals and taking home an Audience Award from the SXSW Film Festival. It’s an entertaining and educational tour through the band’s twisted and short career, and its leader’s troubled mind. Definitely worth it.