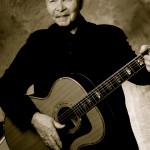 Some four decades since his remarkable debut, John Prine has stayed at the top of his game, both as a performer and songwriter. Recently honored at the Library of Congress by U.S. Poet Laureate Ted Kooser, he’s been elevated from the annals of songwriters into the realm of bonafide American treasures. Long considered a “songwriter’s songwriter,” Prine is a rare talent who writes the songs other songwriters would sell their souls for. He’s been covered by a whole host of the greats from Johnny Cash to Joan Baez, and was recently paid tribute to by 12 artists who covered his songs on Broken Hearts and Dirty Windows: Songs of John Prine. He is magnificent live — humble and unassuming, but completely enthralling. 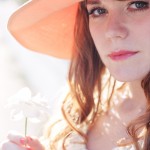 Jenny Lewis is a rad chick. It’s not just because she was a child actor or because she fronts the charming group Rilo Kiley, or because she looks good in hot pants, or because she loves beer, or because she has weathered the spotlight for two decades — it’s because she’s a genuine singer/songwriter who’s not afraid to unveil her vulnerabilities. She’s only weeks away from releasing a new album and starting a tour with Jonathan Rice, as “Jenny and Johnny.” She said the album is “not a Jenny Lewis record, a Jonathan Rice record, or a Rilo Kiley record. It’s the two of us having fun.” But for her Folks Festival performance, fans can expect her soulful gospel folk which appeared on her 2006 release Rabbit Fur Coat. 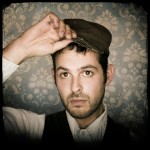 Originally from Johannesburg, South Africa, the now Boulder-based Gregory Alan Isakov’s songcraft is on par with the deepest lyrical masterpieces. With hints of his influences, Leonard Cohen, Iron and Wine and Kelly Joe Phelps, Isakov has been described as “strong, subtle, a lyrical genius” and has shared the stage with some legendary touring artists. He has performed throughout the United States and Europe and appeared at numerous music festivals and is returning to Folks Festival for the third time this year. Isakov has toured solo and with his band The Freight, and has released a quartet of albums, including last year’s This Empty Northern Hemisphere, which prompted Paste magazine to name him a “Best of What’s Next” for 2009. 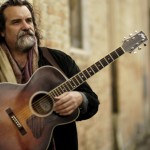 Much of the commentary about Darrell Scott’s career has focused on the songs he’s written that have been recorded by famous names and voices. His sixth solo album A Crooked Road was recorded at home and entirely performed by Scott on a variety of instruments. The album falls somewhere between a carefully crafted memoir and an arresting breach of privacy. From the deepest containers of memory, it recounts the bruises and blessings of 30 years of love and relationships, stirring the heart with its intimacy and with the enthralling warmth and strength of Scott’s rare voice and musicianship. It is certainly the most introspective and intense project of his career. 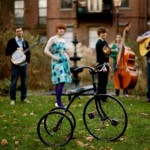 With its bold new brand of acoustic music, Joy Kills Sorrow pushes right through the envelope and out the other side. The Boston-based string band brings a decidedly modern sensibility to an old-world sound, channeling the prodigious talents of its individual members into elegant arrangements and well-crafted songs. While the group pays homage to its bluegrass roots, the band truly excels in its rich and textured treatment of more contemporary material. Boasting a full arsenal of original songs, Joy Kills Sorrow plumbs the entire spectrum of its spare instrumentation, effortlessly merging influences as diverse as folk, rock, pop, and jazz. The music that emerges is dark and often funny, ruminating on modern life and love with eloquence and wit.