Trending Stories from The Marquee
You are at:Home»Album Reviews»John McVey
By Marquee Magazine on August 1, 2010 Album Reviews, Brian F. Johnson 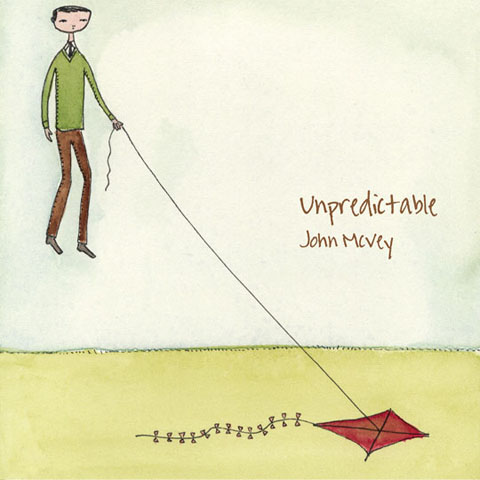 It took 10 years for Boulder, Colo. songwriter John McVey to release his third CD, but  the Princeton, N.J. native said in an accompanying press release that he likes taking time with his songs.

Back in his East Coast days, McVey won several accolades for his songwriting, but for the last several years he’s been working at Coupe Studios in Boulder on the other side of the studio glass, as a producer/engineer. That must have helped a lot, as Unpredictable sounds rich and polished — a professional package from start to finish, in everything from song structure to production.