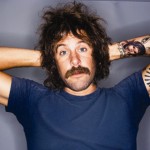 Donovan Frankenreiter, a former pro surfer, played guitar in bar bands for ten years performing all cover songs until he decided it was as fulfilling as surfing in a lake. “There’s nothing wrong with playing other people’s songs, but I didn’t want to feel like a jukebox,” he told Surf Muso magazine. When he turned 30 he made his first solo album, and his long-time surfing buddy Jack Johnson signed him to his label Brushfire Records. Since then, Frankenreiter has released five more albums (most with other labels) and this year he released his second installment of Recycled Recipes, an EP that features alternate takes of his tracks and, ironically, cover tunes. 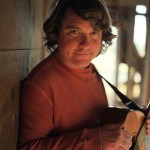 Keller Williams should be lumped in the jam band scene, only he’s lacking the latter — the band. Solo act or one-man band, Williams has that once-in-a-great-while talent that leads you to think he started playing guitar in the womb. (Actually, he claims to have received a guitar at age three.) Williams released his first album, Freek, in 1994, and befriended Colorado’s String Cheese Incident, who have appeared on subsequent albums with Williams, and on stage as the Keller Williams Incident. He is now 15 successful albums into his career, each carrying a one-word title. His latest album Thief, released earlier this year, was recorded with Jenny and Larry Keel and is a collection of cover tunes from artists as diverse as Amy Winehouse to the Grateful Dead. 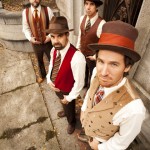 ALO — Animal Liberation Orchestra — developed their name from the concept that we all have an ‘animal’ inside; it’s the concept that at a concert or on a dance floor, we all do things we would never do anywhere else. The music is easy and uplifting, explorative, but tight as three of the four members have been playing together since seventh grade. Like other musicians at this year’s Mile High Festival, ALO teamed up with Jack Johnson’s Brushfire Records. They had met Johnson in college and their relationship continues today, as ALO filled the opening act spot on Johnson’s 2010 To The Sea Tour. This year also marked the release of their fifth album, Man of the World. 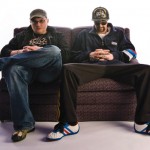 Russ Randolph and Zion Rock Godchaux look like those guys in your tenth grade math class who sat in the back and avoided interactions with the teacher. Godchaux clearly has a golden musical pedigree, being the son of Grateful Dead members Keith and Donna Godchaux. He and Randolph formed Boombox in the Holy Grail of musical locales, Muscle Shoals, Ala. The duo’s progressive, futuristic vision of music believes in the widespread phenomena of technology in music, which is what creates the distinct, rich sound of their electronic funk. “My instrument may be a Macbook Pro, but I still think of it as a guitar like any other musician would,” Randolph said in a recent interview with NUVO Newsweekly, in Indianapolis. “It’s like the way the electric guitar was in the ’60s. This technology is our electric guitar now.” 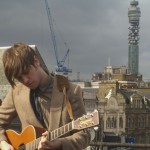 Bobby Long just happens to have a friend named Twilight heart-throb Robert Pattinson, who opened the door for the 24-year-old London native to score an original song, “Let Me Sign,” on the Twilight Original Motion Picture Soundtrack. The silver-screen opportunity launched his solo career and placed him front and center on the acoustic folk map. The tracks on his rootsy, bare-bones EP Dirty Pond Songs draw upon stateside legends like Dylan and Gram Parsons, and while his breakout track was eaten up by teens entranced by the Twilight saga, Long is winning over older crowds with his dedication to folk traditions.