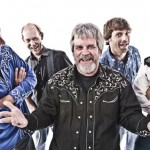 It ain’t Ned Fest without Nederland’s musical patriarch, Vince Herman. The veteran returns to his home-town shindig with Great American Taxi, which he formed with keyboardist Chad Staehly in 2005. The band’s latest album Reckless Habits hit #3 on the Relix/jambands.com jam band radio charts (despite the fact that the group is much more country/rock than it is a jam band). The band also had more than two months on the Top 25 Americana Radio charts. 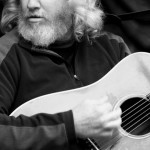 Every member of String Cheese Incident will be on hand at Ned Fest this year, each supporting their various solo projects. While a full-blown ‘Incident’ is unlikely given the fact that they just set Red Rocks on fire for three sold out nights, this festival provides the best chance to get up close and personal with Cheese’s members. Bill Nershi will be joined by SCI bassist Keith Moseley for a set with his band Blue Planet, which puts aside his bluegrass roots, in favor of a more bluesy rock feel. Keyboardist Erik Deutsch and drummer Chris Misner make up the rest of the quartet. 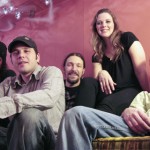 Almost every bluegrass band ever created sites Bill Monroe as an influence, but the Chicago-based Cornmeal skips over the father of bluegrass and goes right to the acts that bent the genre; New Grass Revival, John Hartford, and Old And In The Way. At the beginning of 2010, Cornmeal released it’s first live album, but it was more than 10 years ago that the band formed, and they’ve spent more than half of every year since on the road. 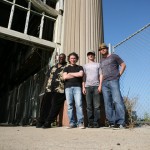 Steve Kimock will have multiple sets throughout the weekend of Ned Fest, but his latest project, Crazy Engine, approaches the stage with a bit of the old and a bit of the new logic. The lineup which includes the legendary Melvin Seals of the Jerry Garcia Band, as well as Kimock’s son, John, on drums brings together a vintage tone with a modern twist. 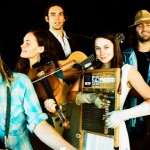 Elephant Revival is living proof that the way-high Colorado Front Range town of Nederland continues to inspire some of the finest and most creative music to be found anywhere. Following the lead, but not the footsteps, of groups like Leftover Salmon and the Yonder Mountain String Band, the five-piece Elephant Revival has created a unique and appealing modern acoustic sound simultaneously soaked in all manner of tradition. 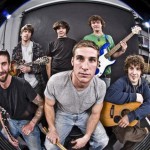 If ever there was a band that was birthed from local picks, it’s Mountain Standard Time. The members, who all crossed paths in the Nederland and Boulder bluegrass pick circle, are the epitome of a pick that you’d hear late-night in festival campgrounds — a bunch of six guys getting down. But when you stop to listen, you realize that MST isn’t loose like an impromptu jam. The members have found that balance between off-the-hook fun and dialed-in-tight chops.