Trending Stories from The Marquee
You are at:Home»Album Reviews»STS9
By Marquee Magazine on September 1, 2010 Album Reviews, Timothy Dwenger 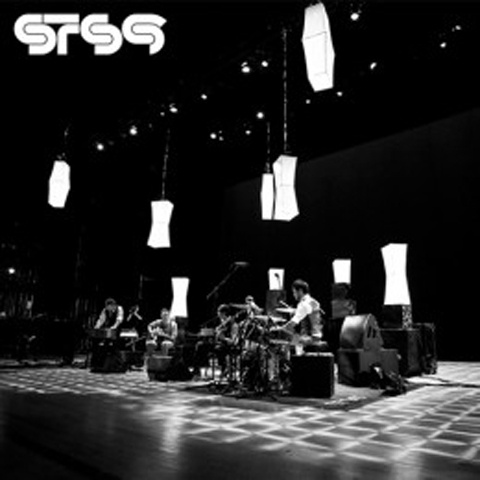 On December 29 of last year, STS9 did something that many of their fans didn’t think was possible:  they stripped their music down to its bare bones and played an acoustic show in an opera hall on the campus of Denver University. Fans and critics alike approached the night with some trepidation, but if the thunderous applause that explodes between each track on their recent Axe the Cables album is any indication, the performance exceeded most people’s wildest dreams.

Throughout the record, the band flirts with jazz, classical, and rock and roll as they interpret songs that have stood the test of time in their catalog alongside songs that are brand new to most listeners. Of the 19 songs that were performed that evening (and included in their entirety on this album), only five were interpretations of songs that had been previously released on an STS9 album. While the acoustic renditions of old favorites like “Satori,” “Equinox,” and “Lo Swaga” are enthralling, a stand-out moment of the collection comes when the band welcomed sax player Dominic Lalli, of The Motet, Juno What?! and Big Gigantic, to the stage for a smooth and jazzy take on “Between 6th & 7th.”

With fewer effects and less electronic wizardry than their past releases, the essence of the music comes through clean and pure. The argument that this wasn’t the way the music was intended to sound is sure to surface, but David Murphy counters that early on in the performance when he says, “We thought we would just invite you into our studio, we thought we would be candid tonight … this is how we write music, we sit around and play like this, contrary to popular belief.”

On that evening, the band invited their fans into their inner sanctum to give them a peek “behind the curtain” and see where the magic happens, and as this recording illustrates, it was indeed a magical night.

Simply put, STS9 took a chance, went out on a limb, and defied the odds with an incredible performance that redefined the depths of their talents as a band.  Best of all, they captured it in pristine audio and have released it for anyone to hear.

While it’s no wonder the band has been booking more of these so-called “Axe The Cables” shows, there may never be one that replicates the raw energy and focus of the very first.