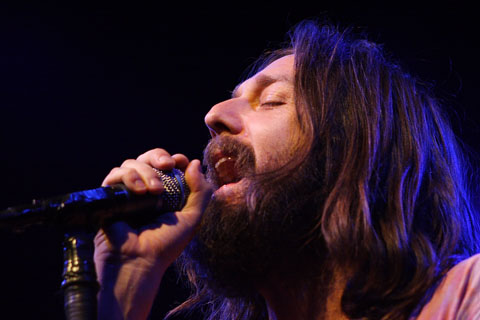 I’ve seen a LOT of Black Crowes shows over the years. I’ll spare you the actual number — mostly because I’m lazy enough that I don’t want to dig out the old tour books and count them all — but rest assured I’m a bit of an expert on the band.

Sunday night may be the best Black Crowes show I’ve seen since 1996. It was an awesome set list that was superbly executed, and appropriately appreciated by the crowd.

In a press release, leading up to the tour, founding drummer Steve Gorman had written, “We are all in agreement (no, seriously, we are!) that this is the right time to spend time with our families, friends, outside musical and non-musical projects, and of course, our personal lives. So, we’re going out swinging with all we got.” What would you have expected him to say; that they were going to phone-in one more tour, before calling it quits? It almost sounded like the words of a person not expecting to give it 100 percent. 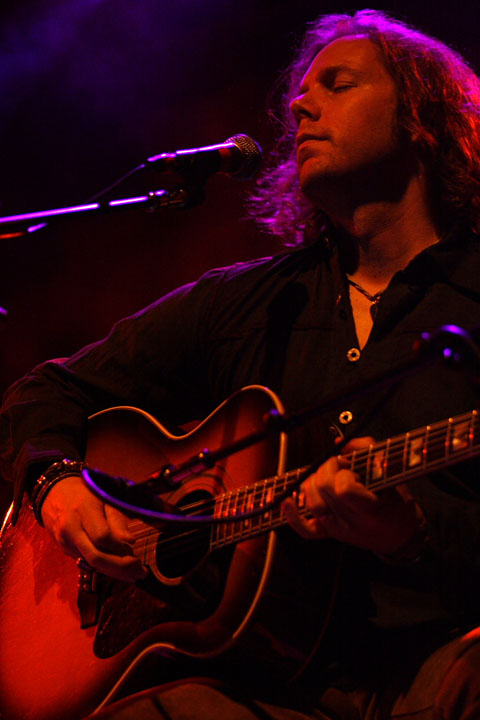 The show started off with the acoustic stage looking like a less rustic, and larger version of the Crowe’s 2009 DVD “Cabin Fever” — recorded at Levon Helms’ famed studio in Woodstock, N.Y. The five-night recording process shown on the DVD eventually became the band’s 2010 releases Before the Frost and Until the Freeze.

The band is somewhat divided these days on stage, with sound bafflers between each musician. Luckily, though, the stage at The Fillmore is much larger than the one at Levon’s barn, so the dividers were only prevalent in the sound quality and not in the performance itself.

The show began in somewhat standard fashion, at least for an acoustic set, with “Soul Singing” and “Hotel Illness.” They were solid performances for sure, but nothing mind-blowing quite yet.  The band followed those openers with a great version of “The Last Place That Love Lives,” from their most recent album Before the Frost, but it was their return to their 1994 Amorica material that really began to show that the concert was going to be way above average. “Ballad In Urgency” directly morphing into “Wiser Time” was a phenomenal jam. Though the jammiest part of the show, it was what good jamming should be — building up tension and paying the audience off with cosmic releases. It wasn’t jamming just to make the set longer, it was jamming that told a story and went somewhere.

“She,” a beautiful song by Gram Parsons came next. I still remember exactly where I was the first time I ever heard this song. It was July 20, 1996 Asbury Park, N.J. at the Stone Pony, the famed venue where Bruce Springsteen used to play, and the Crowes were finishing a backyard BBQ style party when Chris Robinson said, “If you don’t know who Gram Parsons is, go listen. Trust me.” I did and 14 years later, I’m still a huge Parsons fan.

The rest of the set built and built with each song outdoing the other.

Set break was fast and furious, and when the band came out with “Remedy” — usually a show closer — it threw everyone for a loop. Normally, any time I get a “Jealous Again” during a set I hate it and think of all the other good non-hit songs that could have gone in there, but this one was appreciated and powerful.

The “Thorn’s Progress > Thorn in My Pride” was heavy and heady. But a cover of Velvet Underground’s great track “Oh Sweet Nuthin’” was phenomenal. The song is a great choice for a cover by The Crowes. Every time I hear them doing it, I think of what a perfect song it is for them. “High Head Blue” was standard, but not bad, at all.

As the band started down the backward slide toward the end of the show they launched into “Sometimes Salvation,” one of the most blistering songs in their repertoire. The song takes Robinson to the outskirts of his vocal range — like watching a pro driver take a car to its limits on the track. He has to be in top form to pull the song off well, and I’ve seen nights where it’s been too taxing on him. For this performance, he nailed it.

“Halfway to Everywhere” and a super solid “No Speak, No Slave” ended the second set.

Then it really happened. “Title Song” started the encore. The track, which has only appeared on the band’s Live release, but never on a studio album, is a gorgeous rocker — a great love song with a heavy drive.

They finished out the night with their second Gram Parsons song of the show “Hot Burrito #2.” Two Gram songs in one night? Perfect!

Say Goodnight To The Bad Guys Tour could have been a wash. It could have been a ho-hum tour and a sad goodbye to the band after 20 years of rock and roll. But the power and execution of their sets thus far, and especially Sunday night in Denver, seem to hint at the fact, that this is just the start of a hiatus, and not an official good bye, by any means. At least I hope so.

One gripe: The Black Crowes should learn a lesson from their hippie counterparts, Phish. The Crowes have always had a dedicated taper base, but the fact that they’re not doing instant live is a pisser. I would have easily plunked down the cash to immediately hear this show again in soundboard, or matrix quality. No band should be without that option these days, especially one that is playing so damn well.

SHE TALKS TO ANGELS

THORN IN MY PRIDE

(ONLY) HALFWAY TO EVERYWHERE

NO SPEAK NO SLAVE 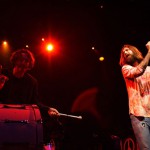 Thank you to Mike Hardaker of the Mountain Weekly News for photos.