Trending Stories from The Marquee
You are at:Home»Album Reviews»J Minus
By Dan Page on October 1, 2010 Album Reviews, Joanna Halverson 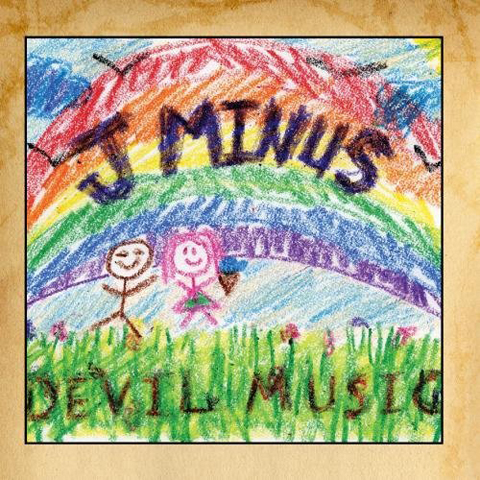 Seattle based, indie pop/alt-rock foursome J Minus formed in 2002. Vocals like a softer Michael Bublé, and a strong underlying rock beat combine to form the band’s latest release, Devil Music.

Off beat, folk-feel snarky tunes, like “Congratulations, You Suck” or ethereal, raise-the-hair-on-your-arm rock ballads like “The One” reveal the album’s themes of angst, bitterness and reflection. Only they seem to be trying a little too hard, with the claim to be “not your typical rock band” and “the alternative to alternative.” Those are tough labels to live up to, especially when you label yourself. Plus, the cover art (a crayon-drawing of a couple under a rainbow, holding an ice cream cone) drawn by lead vocalist, Dylan Lant’s little sister, is misleading to the theme and audience the group is trying to grasp. The cover art is ‘cute,’ but it makes the listener expect a bubble-gum pop story of high school love and drama, kind of the audio version of “Saved by the Bell.” Fortunately, it isn’t, but this makes the cover art either a sweet, thoughtful nod to Fant’s little sister, or another over-the-top attempt to stand apart. They can call it what they want, but if you’re in the mood for poignant, indie “alternative to alternative” (read: alternative) rock, listen to Fant lament in Devil Music.