Trending Stories from The Marquee
You are at:Home»Uncategorized»Mansions on the Moon drop Paradise Falls
By Marquee Magazine on October 26, 2010 Uncategorized 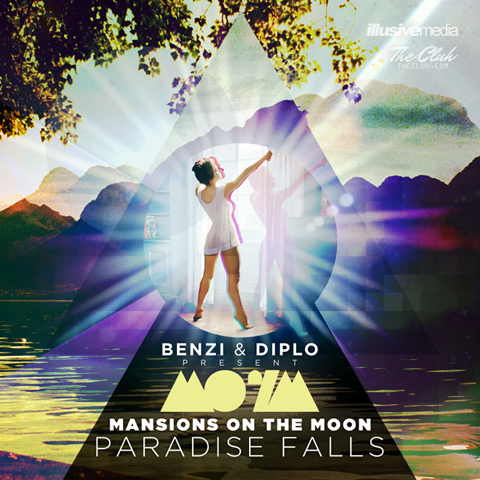 A half hour ago, Mansions on the Moon released Paradise Falls on the East Coast.

It’s not due to hit the Rockies for another hour and half, but since The Marquee has incriminating evidence on the group’s Colorado-based manager, Marquee readers are being time warped forward a full 90 minutes to hear the mix first.

Mansions on the Moon is the latest project from Lane Shaw and Ben Hazlegrove (of Pnuma Trio) along with singer/songwriter, Ted Wendler. The group formed a little over a year ago, developing their signature sound at studios in Atlanta and Virginia Beach and have since collaborated with N*E*R*D, Diplo, DJ Benzi and Chiddy Bang’s Xaphoon Jones.

Paradise Falls, presented by Diplo and DJ Benzi illustrates the wide range of Mansions on the Moon’s musical capabilities. The band is currently in Los Angeles recording their debut album with tour dates to be announced in the early part of