Trending Stories from The Marquee
You are at:Home»Album Reviews»Tallest Man on Earth
By Dan Page on October 1, 2010 Album Reviews, Jonathan Keller 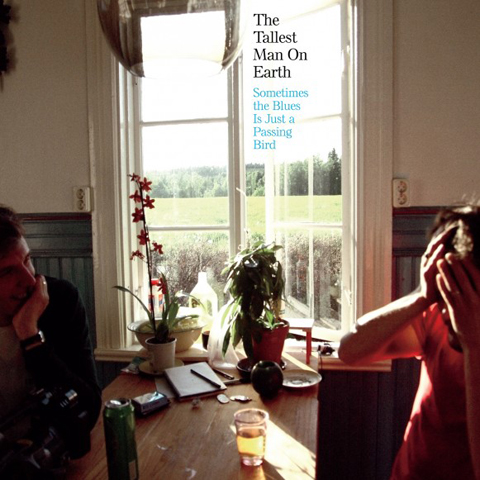 Sometimes the Blues is Just a Passing Bird (EP)

Fresh on the heels of his widely acclaimed album The Wild Hunt, The Tallest Man on Earth (Kristian Matsson’s stage moniker) is back with a quirky, yet strong batch of songs that continue to showcase his songwriting and performing prowess. Sometimes the Blues is Just a Passing Bird is a concise five-song EP that should fill the void of want until his next full album is released in early 2011.

Matsson, who hails from Dalarna, Sweden, stormed onto the U.S. folk scene in early 2010 with a critically acclaimed label debut for Dead Oceans — an indie label that fostered the success of other acts including Akron/Family and Bishop Allen. With a rigorous 2010 touring schedule under his belt and the supportive backing of the U.S. music press, Matsson quickly built a U.S. audience and saw his album The Wild Hunt garner some mainstream success.

Sometimes the Blues is Just a Passing Bird is a musical statement in its own right, but also a perfect complement to The Wild Hunt. Even though the EP features songs written after The Wild Hunt’s completion, the songs have a similar thread — solo acoustic, revolving around Matsson’s introspective lyrics, Dylan-esque vocal delivery and rolling-guitar accompaniment. The EP is a quick affair, clocking in at 17 minutes, but it still hits hard.

The EP’s strongest tracks could have easily been featured numbers on his previous album. The opening track, “Little River,” features Matsson’s finger-picked acoustic guitar and bouncy lyrical delivery. The song deals with the desperation of hope, and in his trademark fashion Matsson is able to pair upbeat musicality and vocal melody with serious lyrical content. His ability to sandwich honest lyrics with beautiful rolling music has always been his strong suit and on this EP these hooks continue to shine. The childlike interplay between voice and guitar is what makes Tallest Man on Earth stand out against other performers and this can clearly be heard on the EP’s other gem, “Like a Wheel,” which closed out many of his live shows on his summer tour.

Other EP standouts include “The Dreamer,” which features electric guitar accompaniment instead of an acoustic, and the Nick Drake-inspired “Tangle in This Trampled Wheat.” The only weak point on the EP is the final track, “Thrown Right at Me,” which sounds like a lazy attempt at late-night, drunken songwriting.

Sometimes the Blues is Just a Passing Bird is much more than an EP of album leftovers.  It is a musical statement that stands on its own and should continue to create positive buzz for The Tallest Man on Earth.