Ween will host halloween weekend at 1st bank center, but will not go for record 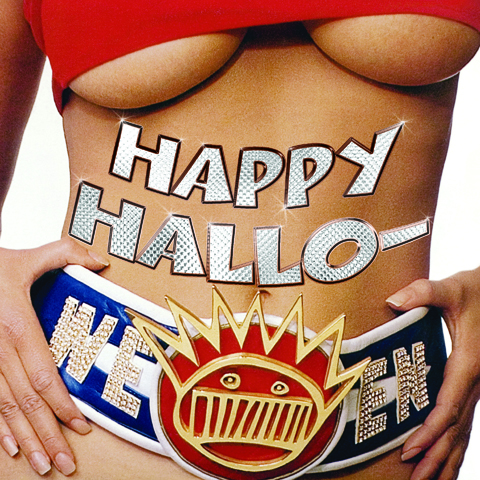 If Dean Ween had his way, he and the rest of his bandmates would be staring directly into a reenactment of Planet of the Apes when they take the stage for their Halloween show at the 1st Bank Center in Broomfield.

That initially was the plan anyways after Ween (whose real name is Mickey Melchiondo) was thumbing through the Guinness Book of World Records last year with his now nine-year-old son Michael.

“We came across the largest gathering of people dressed as gorillas,” Ween said during a recent phone interview with The Marquee from his Pennsylvania home near the Delaware River. “I think it was in London, and it was like 700 people. I was just like, ‘Holy shit, we can smash that and we’ll do it in Denver on Halloween.’”

He and the other four memberss of the band were so fired up about the notion that they had their manager set the wheels in motion to register what was to be the record-breaking Halloween concert with the Guinness Book of World Records. The group was even going to sell gorilla costumes on their Website for those attending the show.

“It was going to be the greatest show ever,” said Ween, who plays lead guitar and also sings vocals. “I mean, 5,000 people dressed up as gorillas on drugs, bumping into each other. I was more excited about this Ween show than any other Ween show.”

Unfortunately, Ween’s dream turned out to be a little too good to be true. As dumb luck would have it, the record for most people dressed as gorillas was broken last October in Denver of all places during the annual Gorilla Run in which 1,061 participants donned gorilla apparel. Race officials are hoping to break the world record again this year — just one day before Ween takes the stage in Broomfield — during the seventh annual Gorilla Run, which benefits the Mountain Gorilla Conservation Fund.

“We heard [the run]was for charity, and we got together and were just like, ‘Are we that big of dicks to break it one day later?’” Ween said. “Well, the answer is yes. We are that big of dicks. But our manager ended up talking us out of it. We had the greatest concert in the whole world planned out — and planning and Ween never go together. It will still be fun as shit, though. It’s Ween on Halloween.”

While the Deaner could not hide his disappointment over the phone, there is a lot of truth to that last statement. Ween is unrivaled in a number of ways. Their ballads like “Piss up a Rope,” “Cover it with Gas and set it on Fire,” and “Bananas and Blow” are some of the most original out there. And the sheer volume of songs the group plays at a show (usually around 40) is pretty much mind boggling.

“We probably started playing 40 a night around Chocolate and Cheese [the 1994 album, whose cover is featured on our cover this month].When you’re touring, the whole day sucks except when you’re playing. We just decided to maximize that time as much as we could. But there’s no backing away once you start doing something like that,” he said.

Gigs at Red Rocks, Bonnaroo, and most recently in New York’s Central Park, further validate that Ween is on the up-and-up even after a 26 year career together that began in 1984 when Melchiondo and Aaron Freeman (a.k.a. Gene Ween) met in an eighth grade typing class.

But while the band is continuing to blow up even after almost three decades together, the truth of the matter is that Ween would just as soon he and his band primarily play the bar circuit. Their “secret show” on July 15, 2008 at Hodi’s Halfnote in Fort Collins is still revered by many around the Front Range — especially the 300 who were lucky enough to get in — as a holy day in Ween history.

“Ween is a really good bar band,” said Ween. “I think we excel at it. I feel like we can do a lot of damage when we’re at eye level with the crowd.”

Ween will begin work on their first studio album since 2007’s La Cucaracha shortly after their Halloween gig, which will be a bit bittersweet to Dean Ween.

“It doesn’t seem like it’s been that long, but I guess it has been,” he said. “I just don’t think records play as important a role in the music business anymore, which is unfortunate because my favorite part about being in a band is the recording process. I always thought that we were a studio band that played a good live show.”

That being said, he believes Ween is still doing a damn good job at keeping pace with an ever-changing industry.

“I don’t really believe on reflecting much,” Ween said. “For instance, I think we’re a much better live band now than we were even two years ago. I’ve always taken the stance that the best is yet to come in life and with Ween.”