Trending Stories from The Marquee
You are at:Home»Album Reviews»Fierce Bad Rabbit
By Marquee Magazine on November 1, 2010 Album Reviews 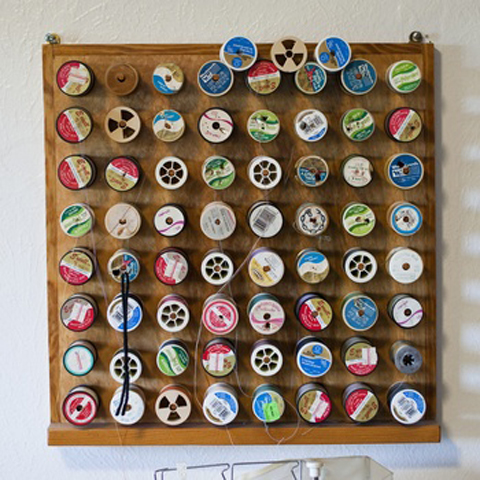 On their debut release Spools of Thread, Fierce Bad Rabbit, which grew out of the ashes of the now defunct Colorado band The Jimi Austin, has nice hooks and slick production but sometimes seems too attached to its influences. From the start of the record, you hear Modest Mouse overtones. As the record progresses, one begins to hear an extreme Wilco/Jeff Tweedy influence. Still, later in the disc (it’s 15 tracks long), one starts to hear what sounds like Cake and The Gin Blossoms writing material together. There’s even a song that is very reminiscent of Smashing Pumpkins’ “Disarm.”

The vibe I get is not unlike an organic, poppy trail-mix, chock full of ’90s themes with a slight ’80s vibe. As much as they sound like somebody else, most of their influences are worthy. If you’re into any of the aforementioned bands, you might dig this Fort Collins quartet.