Trending Stories from The Marquee
You are at:Home»Album Reviews»Neil Young
By Marquee Magazine on November 1, 2010 Album Reviews, Jonathan Keller 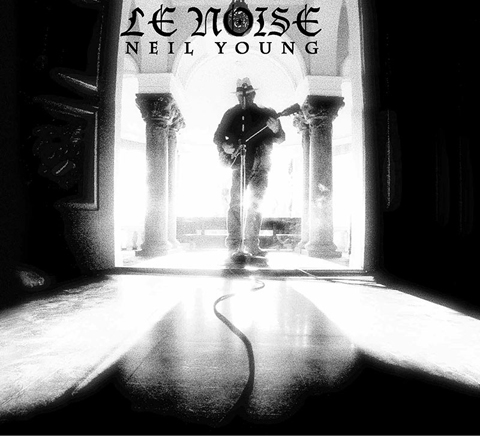 Le Noise is Neil Young’s most experimental album since 1982’s Trans or his ambient soundtrack work for Jim Jarmusch’s 1995 feature film Dead Man, if you care to call that an album. Le Noise doesn’t contain Young’s strongest batch of songs and it, unfortunately, sounds like a Neil Young and Crazy Horse album without the power and drive of his trusty backing band. Make no mistake, this is an electric album and even though it might be billed as a solo effort, only two of the eight songs feature Young’s traditional solo delivery with acoustic instrumentation. The album largely misses the mark as a cohesive whole yet it is certainly a creative leap forward for the 65-year-old Young.

Le Noise is Young’s first studio collaboration with producer Daniel Lanois, who landscaped such classic albums as Peter Gabriel’s So, U2’s The Joshua Tree and Achtung Baby, Willie Nelson’s Teatro, and of course, Bob Dylan’s Time Out of Mind, which fostered Dylan’s artistic comeback and went on to be Dylan’s most successful album in two decades, winning the Grammy Award for Album of the Year. As expected, Young and Lanois went the opposite route on Le Noise and the result is 38 minutes of music that is experimental, uneven and never fully satisfying.

Young must be given credit for taking some chances and if his run of experimental albums in the early-1980s (Re-ac-tor, Trans, Everybody’s Rockin) didn’t show his openness for experimentation, he decided to remind us once again that he is still open to musical exploration, even this late in his career.                              – Jonathan Keller