Trending Stories from The Marquee
You are at:Home»Album Reviews»Royal Peeps
By Marquee Magazine on November 4, 2010 Album Reviews, Brian F. Johnson 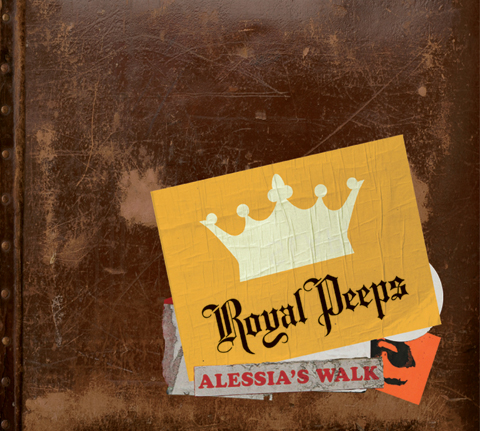 At first listen, this Colorado supergroup, sounds like a funk project out of the early 70s, with massive bass lines, Hammond organs spinning through Leslie cabinets, and a very intangible, but nonetheless present grit to it. The lead track “Sweet Life” should have been on the Jackie Brown soundtrack.

But first, let’s address the “super group” status. In all honesty, super group is a misnomer, as the project is much more of a collective, but with some of the heavy hitters on the list calling, it a collective just doesn’t seem to convey the punch it packs. Centered around bassist Cristian Basso, who penned the track “All I Can Do,” which was co-produced by Eric Lindell and released under the title “Turnin’ It Out,” the group also features Meters guitarist Leo Nocentelli, vocalist Ty Taylor, Front Range staple CR Gruver, Particle drummer Darren Pujalet and Lenny Kravitz’s trumpet player Ron Haynes. The album also features a number of special guest appearances, and the final piece of the puzzle is presented by vocalist Kandace Lindsey.

What makes Aleesia’s Walk, a fun and impressive listen is that while the album is an homage to artists of the past, it doesn’t come across as a group trying simply to emulate their heroes. Vocalist Ty Taylor is the perfect example of this, as his voice has flavorings of Stevie Wonder, but he never actually sounds like someone trying to impersonate Stevie.

Royal Peeps have managed to not only give those nods to the old school pioneers, but also incorporate fresh modern funk, along the lines of New Mastersounds, or even some of the Beastie Boys instrumental Sound From The Way Out type of tracks.

Recorded first as a demo in Bassos’ Funk Bunker Studios in Eagle, Colo., Basso then took the project itself on tour, recording in five studios in four states. Splendidly produced, but not overdone or slick, Alessia’s Walk is a phenomenal addition to the genre, and a great example of a project that came out as strong as, if not stronger than, all of the things that went in it.