Trending Stories from The Marquee
You are at:Home»Album Reviews»Grateful Dead
By Marquee Magazine on December 1, 2010 Album Reviews, Brian F. Johnson 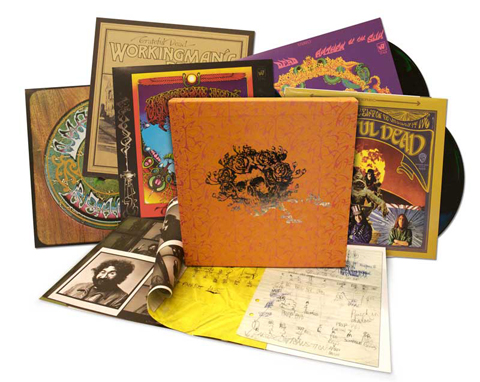 Pressed on 180-gram vinyl using lacquers cut from the original analog masters, Rhino’s release of the Grateful Dead’s Warner Brothers albums is the upgrade that these works have long deserved. Commemorating the 40th anniversary of Workingman’s Dead and American Beauty, the set also includes the original mixes for the audiophile classics Anthem of the Sun and Aoxomoxoa, which are both available here for the first time in vinyl since they went out of circulation nearly four decades ago.                         — Brian F. Johnson