Trending Stories from The Marquee
You are at:Home»Uncategorized»New Year’s Eve concert choices
By Marquee Magazine on December 1, 2010 Uncategorized

New Year’s Eve is proof that the world was created by music freaks. After a month of bad sweaters, over-commercialization of everything, and awkward holiday parties, the year is capped with the best night of music possible.

This year’s Front Range New Year’s Eve celebration is as varied as the types of beverages people are going to throw down: 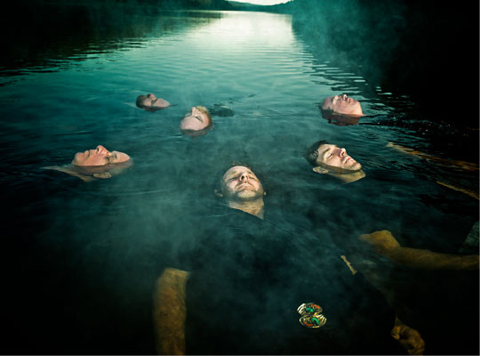 Celebrating the New Year, as well as the release of their self-titled sixth album and the end of their nationwide tour, Railroad Earth is booked for a solid three-day bluegrass bender in Denver. The Americana based jam band keeps the energy in motion with spacious improvisations, and interchangeable genre styles that dabble in rock, country, and jazz. They’ll be joined by a slew of Front Range staples, including Elephant Revival.

Well known for their unruly onstage antics and unique sense of humor, this hip-hop metal fusion project has served as Denver’s very own red headed stepchild since 1987. The group’s fearless and witty lyrical arrangements create an unyielding energy that will top off the great line- up of opening acts Il Cattivo, Bobby C Sound TV, and MegaJive.

:: w/ Drag the River , Munly and the Lupercalians, and Houses ::

Keeping with tradition, Slim Cessna’s Auto Club has committed to another unforgettable New Year’s extravaganza. The band has been touted by some as “the best live band in America.” Loosely classified as something between alternative country, rockabilly and gothabilly, Slim Cessna’s Auto Club continues to build an entirely new experimental and authentic genre, riff by riff.

The funky bass lines and psychedelic instrumentals of Sound Tribe Sector 9 create a buzz of motion and exhilaration from audiences nationwide. Promoting their chunky electronica beats and eccentric ambient style, the five-piece ensemble will be ushering us into 2011 with their extravagant three-night run at the Fillmore.

The reggae soaked roots of John Brown’s Body are anything but basic, with thick drum and bass, electronic, dancehall, hip-hop, and dub influences widely incorporated in every set. This 8-piece band remains progressive and modern. Dance oriented The Motet will be opening up the event on both nights, along with other special guests that are expected to perform into the early hours of the morning.

Greensky Bluegrass, mixed with special guest Danny Barnes, will be nothing short of a knee-slapping dance-inducing good time. These Kalamazoo, Mich. gentlemen — 2006 Telluride Bluegrass Festival Band Competition winners — have promised to pull out all the stops for their two days in town.

The feel-good, indie/alternative rock sounds of The Knew are vaguely reminiscent of a catchy rock style that would come out of the U.K. After two albums, The Knew has made a name for themselves as being vigorous, rockin’ and raw.

Marking their triumphant return to the stage after a year-long hiatus, Rose Hill Drive will be celebrating the New Year by playing The White Stripes’ Elephant in its entirety — followed, of course, by a set of originals. In support of the event, the band has requested that audience members wear red and white to the show.

Tightly produced and rich in adjusting dynamics and hip-hop infused beats, Polish born Michal Menert’s dense downbeat electronica music will have Fort Collins on their feet, dancing like they mean it. The Pretty Lights collaborator samples from both Eastern European and Western vinyl, creating a “fusion of yesterday’s elements and tomorrow’s dreams.”

Crystal Castles has made a stomp in the “indie-tronica” music scene that has left echoing ripples around the U.S. The band’s experimental take on noise and electronic music, with harrowing vocals paired with chaotic and passionate live performances, makes the entire experience quite the spectacle. 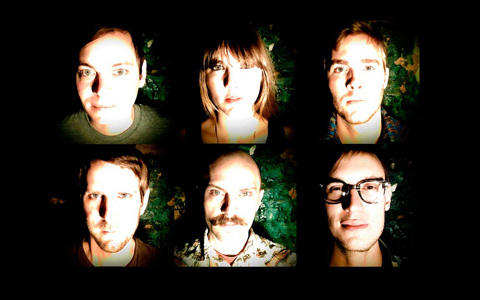 The driving force of Snake Rattle Rattle Snake may be the use of two propelling percussionists, but harmonizing vocals and patches of guitar and bass are what makes this band one of Denver’s favorite new indie-rock bands.

Performing during the New Year’s Eve Masquerade Ball this year will be the phenomenal and energetic combination of Paperbird’s intimate, brassy, multilayered vocals and rhythms with Dovekins’ exotic instrumentation and story-telling folk rock expressions.

One of Colorado’s biggest artists of the nineties will return to their roots for a very intimate concert this year. But The Samples aren’t afraid of grassroots, it was with that type of campaign that the band sold over one million copies of their catalog on What Are Records?.

Describing themselves as “electrified hillbilly funk” with Johnny Cash, George Clinton and P-Funk influences, Brethren Fast will be giving Ziggie’s backcountry rhythms to stomp the floor. 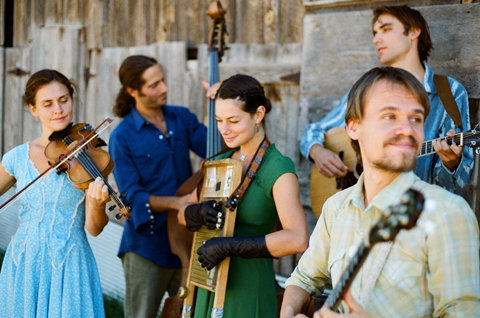 Elephant Revival will cap the month, and the year, with two performances at Boulder’s Nomad Theatre. The band released their latest CD Break in the Clouds on Nettwerk late in November and spent the better part of the month performing CD release parties throughout the region.