Trending Stories from The Marquee
You are at:Home»Album Reviews»Elephant Revival
By Marquee Magazine on January 1, 2011 Album Reviews 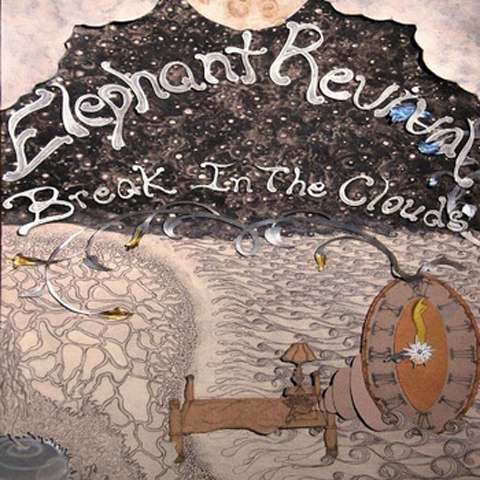 Break in the Clouds

The darlings of Nederland, Colo., Elephant Revival, have unveiled their sophomore release, Break in the Clouds — which showcases a band that has grown tremendously and hit their stride, while further developing and mastering their sound.

In their self-described style of “transcendental folk,” Elephant Revival blends simple chord changes with haunting melodies, precise harmonies, and solid musicianship. It’s a fairly mellow record for a band that’s known for high-energy live shows. But like a fine wine, the songs are instantly pleasing to the pallette, and eventually reveal complex undertones.

Elephant Revival has a wealth of variety in their sound due to having multiple lead singers, songwriters and multi-instrumentalists in their ranks. Bridget Law adds so much to the record with her seamless, soft, and lyrical violin ability. Bonnie Paine’s vocal style portrays a certain quiet desperation and earnestness; while Sage Cook has a more raspy, smoky hue. Daniel Rodriguez delivers a robust and smooth range of tenor and baritone, and multi-instrumentalist Dango Rose supplies great depth with double-bass, mandolin, banjo and vocals. The blend of each of their vocal characteristics and musicianship makes for a lush record, rich with band chemistry and teaming with growth and maturity.                                              — Chibo Acevedo