Trending Stories from The Marquee
You are at:Home»Album Reviews»Chad Golda
By Marquee Magazine on February 1, 2011 Album Reviews, Brian F. Johnson 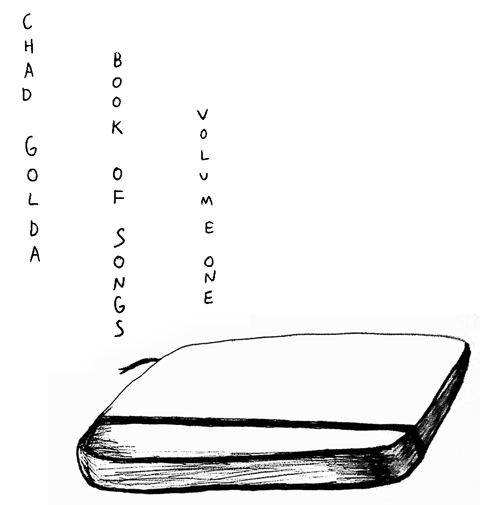 Book of Songs: Volume One

Fort Collins-based Chad Golda’s Book of Songs: Volume One is an ambitious project.

This is the avant folk musician’s fourth album on Rack and Ruin, but it’s the first in a series of albums that Golda is in the thick of. Volume Two has already been recorded and will be released in December of 2011. Volume Three has already been written but is still in pre-production.

Simplistic in its approach, both musically and lyrically, but layered to create depth, Book of Songs almost comes across as a group of friends sitting around playing in the living room — even the trainwrecks, like the breakdown of “We Are Getting Closer Together Now,” seem carefully crafted, so that missed notes, or wrong notes entirely, appear to be part of the fun. That looseness creates an immediate comfort, but can also be off-putting at times.

But just like other bands who’ve similarly approached music, like the Violent Femmes or Brian Jonestown Massacre (both of which several tracks appear to be inspired by), there is something about pushing that envelope of non-chalance that can reveal some true smarts.                                        — Brian F. Johnson