Trending Stories from The Marquee
You are at:Home»Brian F. Johnson»FaceMan at the Bluebird
By Marquee Magazine on February 7, 2011 Brian F. Johnson, Live, Live Reviews 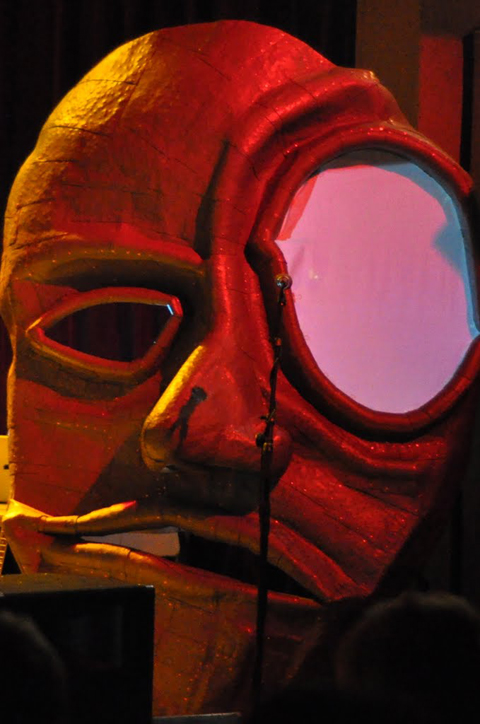 If any other act had so little attention focused on their music during their CD release party, they would have thrown a massive fit. But that was all in the initial plans for FaceMan’s First Waltz.

Just like The Band did with their Last Waltz, FaceMan set themselves up to be the house band for the First Waltz, playing their own songs inter-mingled with the guest artist’s songs — and the list of guest musicians was massive.

Before the music started, a quick view of the stage hinted at what was to come. It was littered — packed actually — with more amps, guitars, keyboards, sound pedals and percussion instruments than the full inventory of a couple Guitar Centers put together.

And when the musicians finally started to find their instruments, it became clear, the genius behind the concept. FaceMan is still pretty unknown. This being their debut release, the band is in its infancy. But by asking other musicians around the Denver scene to be part of the unveiling of the album, FaceMan managed to make the event larger than they ever could have on their own.

So what was billed a CD release party for FaceMan’s debut self-titled album, actually ended up being much more like a showcase of Denver talent. On hand were members of Bop Skizzum, The Knew, The Outfit, Chadzilla of Slim Cessna’s Auto Club, Boulder Acoustic Society, The Vitamins, Medicine Man, Bonnie and the Beard, Chris McGarry and the Insomniacs, Panal, Martin Gilmore, The Construct, K Buzz and the Brassheads.

That’s some serious musicianship, but never during the evening did things get stodgy. There was a light-hearted “we’re just having fun here” kind of a mood all night. Indicative of that was the set by K Buzz and the Brassheads, the marching band in charge of keeping music going while musicians fussed with their gear in between sets on stage. When the Brassheads started their set, everyone theater, lit up. The novelty of having a marching band playing tracks like “Kodachrome” and “Superstitious,” was immediately appreciated, but when the Brassheads, started playing the “Super Mario Brothers” theme music, the crowd let out a roar of both laughter and enthusiasm, that was infectious.

Attention soon turned to the main stage though, as FaceMan, seated on a riser in the center of the stage, began to call out artists. For this gig, FaceMan had shelved his old mask — a contraption made from floor vents and ceiling fan motors that used to hide his face. Instead of that mask, the guitarist sat in the open, and a new sculpture, a six-foot distorted face with a giant eye filled with video images, served as the new “prototype” for FaceMan’s backdrop.

In an interview leading up to the show, FaceMan said that all of the musicians working together could definitely pose some challenges. “Logistically it’s going to be a nightmare,” he had said. And, he was right. The production crew deserves massive kudos, for its obvious above-and-beyond work. But, simply because of all of the changing musicians and gear, there were occasional fits of feedback and some dropped signals here and there.

Those little imperfections didn’t take away from the evening, though. It was a fantastic night of music, way more diverse than any single show, and more diverse than some festivals, for that matter. Yes, there were times when it was hard to find a flow, since material changed with musicians. Yes, it was tough to distinguish FaceMan songs from other people’s music. Yes, it was impossible to go the bathroom and come back and know who the hell was on stage. But that’s also what made it the success that it was.

FaceMan worked for years to craft his sound and record his CD. He could have done a straight-forward set of his tracks and left it at that, but the fact that he surrounded himself with so many other talented people and allowed them to showcase their material while helping to showcase his, was a phenomenal experience — for the audience and, from the looks of it, the musicians as well.