Trending Stories from The Marquee
You are at:Home»Local Love»Local Love
By Marquee Magazine on February 1, 2011 Local Love 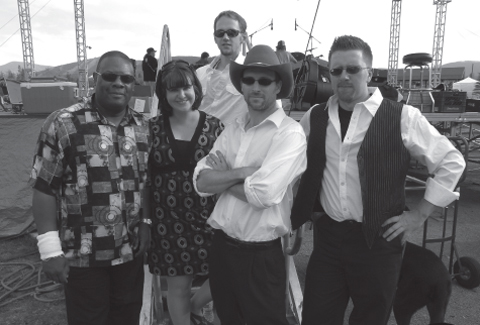 We’re not saying they are these guys, but they kind of sound like: Funkiphino, Big Head Todd

What’s their deal?: Slopeside is kind of known as a cover band. Their live shows are chock full of radio-friendly covers that range from Coldplay and Fleetwood Mac to Led Zeppelin and Aerosmith.

But this month, the band will step out from behind the veil of cover tunes and present their sophomore release of original material, Road to Oblivion — a collection of light rock, blues and classic rock homages.

In the six years the band has been together, performing private parties and local venues, the musicians — some of whom are classically trained — have melted into a solid unit, and while the majority of their focus to date has been on playing other people’s songs, they’ve utilized that time to really figure each other out musically, so that they can hold up this release with confidence.